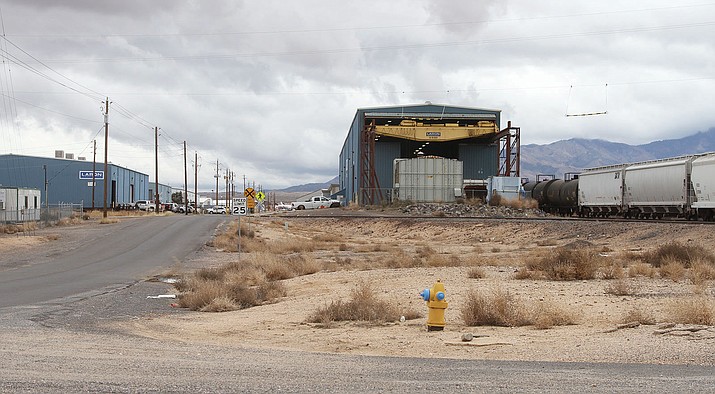 The KAA has increased legal expenditures by $100,000 in the fight against the City.

KINGMAN – Kingman Airport Authority raised the stakes by $100,000 in its legal battle against the City’s condemnation filing to take back control of the airport and industrial park.

KAA’s board of directors voted Thursday to increase the expenditure for legal fees to retain its outside lawyer, Andrew Federhar of Spencer Pane law firm in Phoenix.

The agenda item under old business called for authorization of $50,000, but the board followed a recommendation to up the ante to $100,000, which will have to be addressed at a special meeting to be held at 4:30 p.m. Monday.

Under new business, the board ratified the continued employment of former Executive Director Dave French on a part-time basis. French had retired effective Dec. 31 to spend more time with his family, he told the Daily Miner when announcing his retirement.

French retired as executive director, but was retained after Jan. 1 to provide consulting services and assistance with the ongoing litigation, in addition to cleaning up matters related to tenant leases at the airport and industrial park, said Jeff Goldberg, KAA’s in-house attorney.

French works on an “as-needed basis” under the same hourly rate of his previous contract, the attorney added.

The airport is currently operating without an executive director while the lawsuit plays out, and Goldberg said it’s his understanding that French’s responsibilities are being shared by existing staff under supervision of the board.

In a separate KAA development, the airport condemnation case filed by attorney Daryl Williams, representing the City of Kingman, has been remanded back to the Mohave Superior Court in Lake Havasu City.

However, the plaintiff’s request for an immediate show-cause hearing is denied.

“It might usually go without saying, but the court would not proceed with a substantive hearing in an action if it has not yet determined its subject matter jurisdiction over the action – a subject Kingman itself put before the court,” U.S. District Judge John Tuchi wrote in his order filed Jan. 17.

“Moreover, in the notice, not only does Kingman’s counsel (Williams) take a tone of aggressiveness bordering on arrogance in trying to tell the court how to do its job; he does so by ignoring and distorting the controlling law.”

Williams said the judge has been sitting on the case for a month. He filed a notice requiring immediate attention by the court to stop KAA from “squandering away” any more money.

“I find it interesting and can’t figure out why the airport wants to spend public money fighting the lawsuit instead of improving the airport,” Williams said Friday. “It’s kind of dereliction of duty.”

It’s also interesting that KAA is filing these “specious” lawsuits in federal court, rather than face reality, Williams said.

Several people who spoke during public comment at KAA’s meeting expressed concern that taxpayer money was being spent on the litigation.

“One citizen likened the current legal battle to a bad divorce, where the only people who profit are the attorneys and nothing gets settled,” said D. J. Adler, a citizen who attended the meeting.