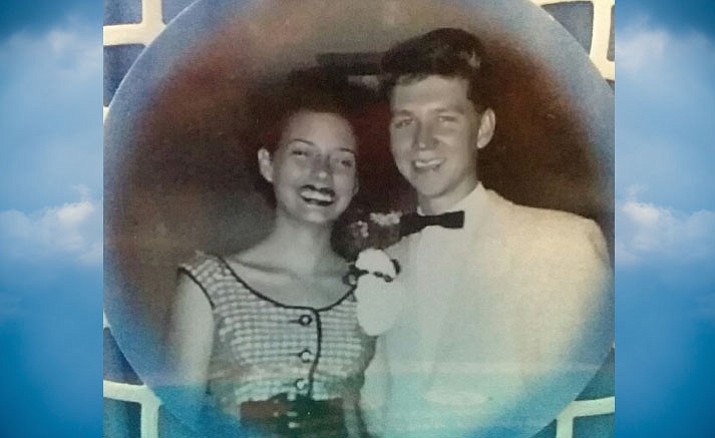 On January 26, 2018 our Precious wife, mother, grandmother, great grandmother left us for the heavens, due to respiratory failure at home. In her final weeks and hours she was surrounded by many of her family members. The uncanny loss has deeply affected our family. Patricia Jane Schrank Byrd born January 8th 1939 in Los Angeles California to Flavion Joseph Schrank and Jane Marie Schrank.

WOW 63 years together! And they said it would not last. What do they know!

Pat met the love of her life Robert “Bob” Byrd in California, while he was in the Navy stationed at Point Mugu, Naval Air Missile Test Center. Their first daughter, Sheryl was born in California. After the Navy they settled in Colorado, where their next two daughters, Laura and Pam were born. Just about everyone who knew Pat knew she loved to cook. She was the Denver Post’s “Best of the West Cook”, was awesome at canning and her spaghetti sauce, meatballs and ravioli brought many of the neighbors “visiting”. The girls loved having her as their Girl Scout leader, she went camping, raced go karts, played Canasta, (aka Nasty Canasty), Spite and Malice and Triple Yahtzee and made porcelain dolls. She liked to take in an occasional seafood buffet and a little gambling once in a while. She loved to travel and find great deals at yard sales. She would do anything for her family!

She was proceeded in death by her parents, one brother, Gerald Schrank, sister-law Diane Schrank, nephew Stephen Schrank and her in-laws Leita and Leander Byrd.

Services, lead by retired Pastor Gerhard Griesinger, Pat’s son-in-law, will be held at 11 am Thursday February 1, 2018 at 455 Kirkland in Golden Valley at the Calvary Bible Fellowship of Golden Valley with a viewing after the service. A private burial will be at a later date at Desert Lawn Cemetery.

May the Heavens above Love and Cherish you, as you were on this earth.