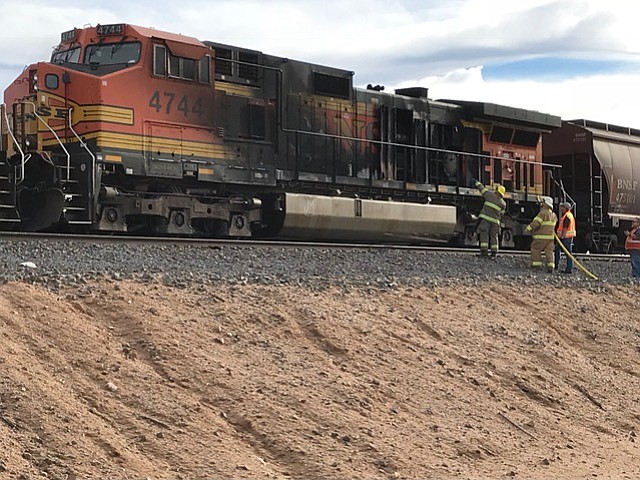 The fire is being considered accidental based on information provided by BNSF, and there were no hazardous materials on the train, so public safety was never at risk, the fire chief said.

The train was eastbound hauling grain when the crew discovered the fire. BNSF did not report an estimated dollar loss.

The fire was quickly brought under control by the first engine company. BNSF personnel and Kingman Fire Department assisted in responding to the fire.

The main line remained open during the incident and no other trains were delayed on their routes.