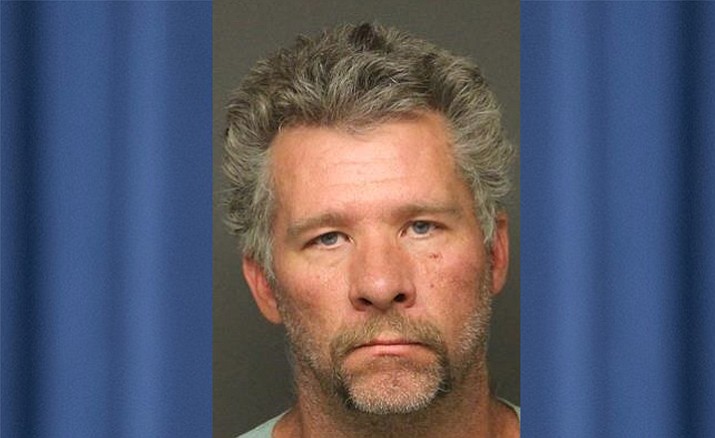 KINGMAN – Kingman Police say a noncustodial father was arrested Wednesday after grabbing his daughter from her grandparents as they left Bashas’ grocery store Tuesday.

Gary R. Chamberlain, 41, of Kingman was arrested after KPD officers received several calls Tuesday in reference to a possible kidnapping in progress at Bashas’ grocery store.

At around noon Tuesday, KPD received reports of an adult male, later identified as Chamberlain, a noncustodial father, having grabbed a 2-year-old girl at the store located at 3360 Andy Devine Ave. KPD reported he took the girl from the custody of her grandparents while they were leaving the supermarket.

Police say he then took her to a grey Dodge truck and intentionally struck two vehicles in the parking while recklessly fleeing the scene. Officers located Chamberlain in the 2800 block of East Andy Devine Avenue where he was stopped in his truck. Chamberlain was taken into custody.

Chamberlain had a medical event while in custody and was transported to Kingman Regional Medical Center for treatment. He was arrested at about 9:40 a.m. Wednesday and told officers he intended to take the girl to Texas.