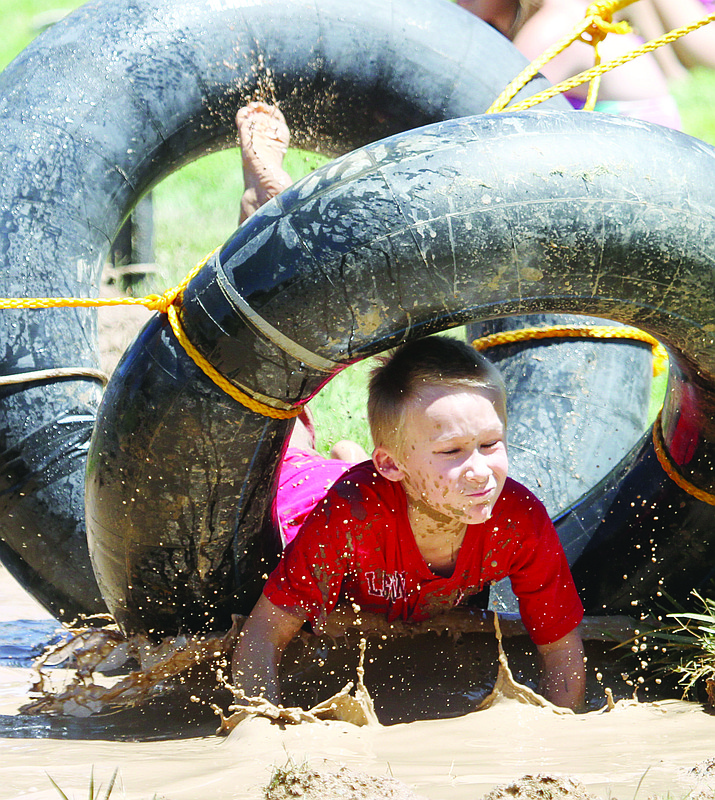 Mighty Casey has struck out, but there’s still plenty of joy in Mudville, or in this case Firefighter’s Memorial Park, where mud runners will slosh their way through an obstacle course Thursday in the 40th annual Mighty Mud Mania presented by Kingman Parks and Recreation.

Mighty Mud Mania has become a popular summer ritual in Kingman, as 475 participants, mostly children, challenged the course last year. As many as 600 to 700 have participated in past years, said Yvonne Cossio, Parks and Recreation superintendent and organizer of the event.

“It’s the one day the kids can go out, get dirty and not get in trouble doing it,” she said Friday in her office on Harrison Street.

The largest age group is usually 10-11, though nearly one-fourth of last year’s contestants were in the 8-9 age category. They start at 4-5-year-olds, and there were 73 of them last year, the most ever, Cossio noted. The oldest division is 35 and over.

The champion and runner-up in each boys and girls age division get a Mud Mania T-shirt, and the champion takes home the trophy. Event T-shirts are sold separately for $15.

“It’s been a tradition,” Cossio said. “There’s second and third generations bringing their kids and grandkids. I’ve seen quite a few families come through the course. I saw a father and said, ‘I remember when you had the fastest time,’ and his daughter now runs the course and she’s competitive, too.”

Jeff Torch holds the record for Mud Mania with a time of 18.25 seconds set in 2005, though faster times have been recorded since the course was altered to make it easier on the little ones.

It takes the Park and Recreation maintenance crew a couple of days to build the U-shaped Mud Mania obstacle course.

The course starts with a corrugated plastic tunnel, which replaced hay bales separating two lanes covered with a mesh tarp and water seeping through. You needed to do the “Army crawl” to get through it, and the younger age divisions were turning back, Cossio said.

From there you’ll run through a foot-and-a-half mud pit, step through a tire lattice, crawl through inner tubes, swing across a mud pit on a rope, run up a ramp and slide down a plastic sheet to the finish line.

You can go barefoot, but you risk cuts and scrapes, she added.

“I did it once, in 2000, the year after I started here. It was fun, but I felt like I was, I don’t know, too old to be doing it,” the recreation superintendent said. “You can come out with minor scrapes.”

The event is held during the week because the course couldn’t facilitate the number of people who would show up on a weekend, Cossio explained. The younger children move more slowly and have trouble maneuvering the course, which holds up the line.

“It would be a long day for people waiting for one run. It’s too long of a wait,” she said.

Those who don’t want to wear their mud proudly for the day can step into Kingman Fire Department’s hazardous materials shower after the race. For more information, call Parks and Recreation at 928-757-7919.