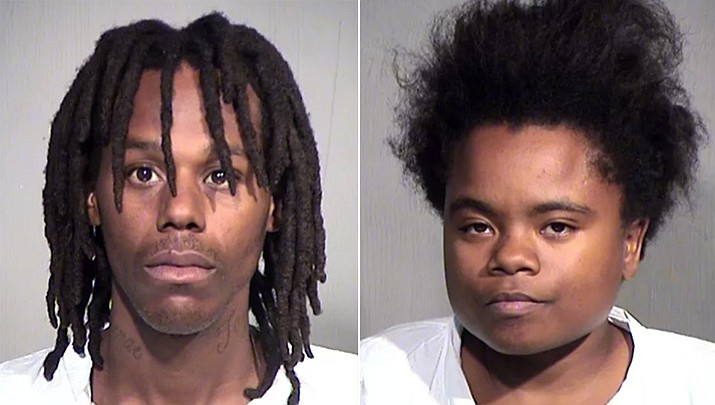 PHOENIX (AP) — Police in Phoenix say a young girl has died and her caregivers have been arrested on suspicion of homicide and child abuse.

They say 28-year-old Tayran Slash and 21-year-old Sharonta Adams have both been booked into jail.

It wasn't immediately clear Sunday if either the man or woman has a lawyer yet.

Police responded to a call of an unresponsive child at a Phoenix around 9:30 a.m. Saturday.

Fire Department paramedics arrived and found the child of about 2 years old had multiple injuries.

The girl was taken to a hospital where she was pronounced dead.

Medical staff told police the child had obvious signs of child abuse and detectives developed probable cause to arrest both caregivers.