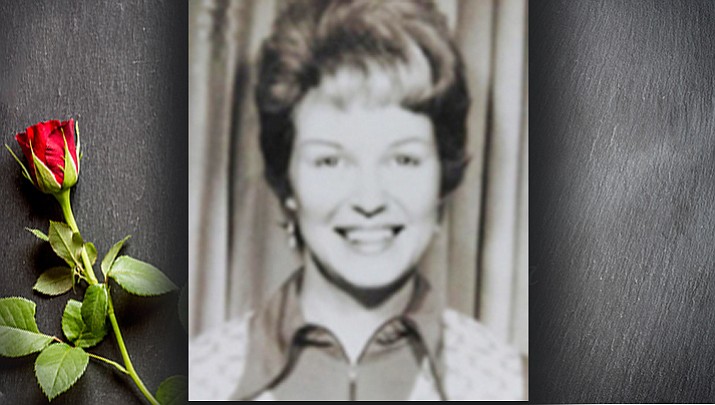 Jerilyn K. Fenies was a beloved wife, mother, grandmother and friend. She was born January 6, 1942, in Anderson, Indiana, and later her family moved to Galveston, Texas.

Jeri then went on to live in California where she met the love of her life, Ron, and married him Sept. 13, 1980, and they bought a home in Valencia, California. While in California, Ron and Jeri were active in many clubs. They were members of a Corvette Club, bowling league and Eastern Star to name a few. Jeri worked in many professions, but obtained her real estate license in the mid-1980s. When she left California, she was working for Coldwell Banker.

Since Golden Valley was now her home she dove in head first and got involved with the community.

Jeri was an entrepreneur and when the real estate market crashed, she decided she needed to keep busy and opened Golden Valley Marketplace. She also did taxes, had a U-Haul business, water store, was a contract letter carrier, and the U.S. Post Office was once home to many of Jeri's businesses she had at the Marketplace.

Jeri had drive and ambition, and if you were in Jeri's life she would instill that in you. Jeri was loved by many in her community, and it was easy to love her because she had a heart of gold and would help anyone in need. She was fun to be around and loved to attend as many parties or host a party just to be around her family and friends enjoying life.

Jeri's life was turned upside down when she lost her son Matt and then found out a few months later that her husband Ron had ALS. Once his disease progressed, she had to close down the post office and the many other business that she ran out of the Marketplace.

Jeri became a caregiver for her husband with no questions asked. So add caregiver to the many hats Jeri wore.

Jeri lived a heck of a life and we are all better for having known her.

Jeri is preceded in death by her father Dudley Wise and her mother Kathryn Knotts, husband Ronald Feneis, and son Matthew Hays.

She is survived by her daughter; Renate Becker, granddaughter; Hollie Mora, grandson; Mark Miller, great-granddaughter; Maria Mora and many other relatives and friends that loved her dearly.