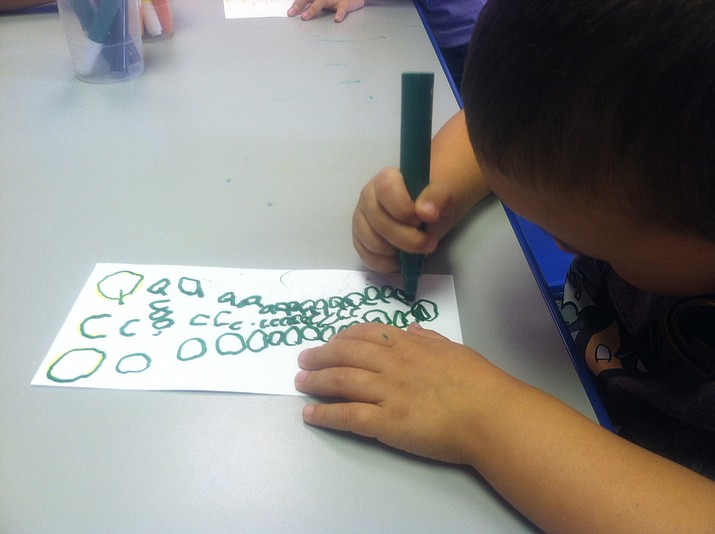 As a child grows up, their brain develops and they learn new things every day. At four months old they begin to learn basic motor skills like grabbing a toy, or anything they can get their hands on. A child being only months old, they already start to learn the way of life.

According to Early Childhood Learning and Knowledge Center, early head start programs provide children with physical, cognitive, social and emotional development, which can lead to continued growth, development and success in school and life.

These skills are essential to growth and development.

In Kingman, the Western Arizona Council of Governments’ Center Based Early Head Start program will be accepting children that are 2-years-old starting August.

“A lot of the reason we do Early Head Start is that research has shown that children who have disabilities or delays, if they’re caught and discovered early enough and the interventions are given early enough, many of these children by the time they reach kindergarten don’t need those special supports anymore,” Deb Hanney, the Head Start director for WACOG said in a press release.

According to the National Head Start Association, some of the long-term impacts on children who participate in head start programs are more likely to attend college and earn a post-secondary degree. They are also able to maintain a healthy life and are less likely to pick up smoking as adults.

The immediate impacts seen from children in head start programs, according to NHSA, can be seen demonstrating fewer behavioral problems, aggression and hyperactivity. Children in head start can reduce their vocabulary gap during the year that they participate in the program.

If a child is able to expand their knowledge and better their growth as such an early age that can help them out once they reach greater education levels and age, why not give them that opportunity? The Daily Miner stands behind being able to provide the children of Kingman better opportunities for growth and development.