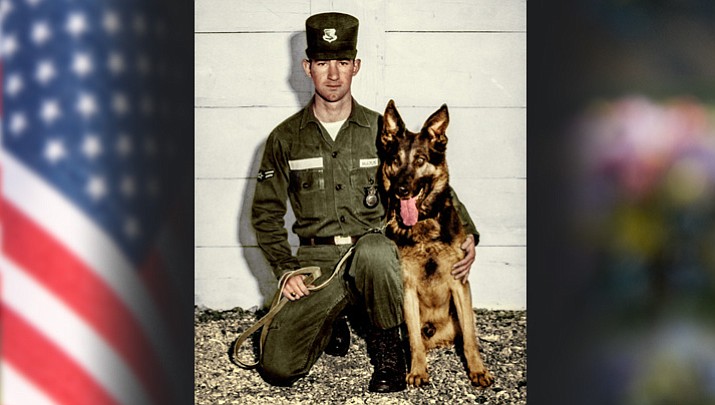 Mr. Hamm moved to Dolan Springs, Arizona in 1983 with his wife Peggy Hamm. Together they owned and operated the Dolan Springs Water Company for 18 years. During these years he also served as an EMT for the local fire department, Assistant Fire Chief and for one year, he served as Fire Chief. After retirement they moved to Kingman, Arizona in 2008.

Mr. Hamm had a passion for art, he was an amazing artist and cartoonist. He enjoyed writing humorous cartoons, painting water colors and shared his art with his friends and family. He won numerous awards for his artwork, including in 2005 he won the Cowboy Cartoonist of the Year from the Academy of Western Artists. We are very proud of his accomplishments.

Mr. Hamm will be remembered for his love of art, devotion to his beloved pets and his humor and kindness that he showed to his family and friends. He was a wonderful father and grandfather and we will truly miss him every day.

A funeral service will be held July 26, 2018 at 2 p.m. at Sutton Memorial Funeral Home at 1701 Sycamore Avenue, Kingman, Arizona. He will proudly be laid to rest at the Southern Nevada Veterans Memorial Cemetery in Boulder City, Nevada July 27, 2018 at 10:40 a.m.