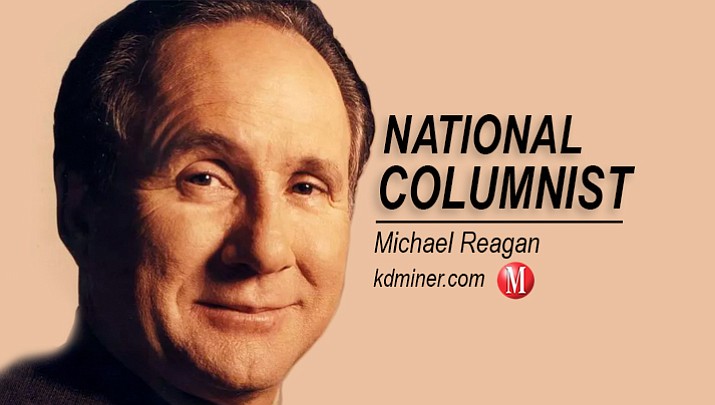 Yes, President Trump screwed up in front of the whole world at the Helsinki Summit.

But Democrats and the anti-Trump media have a much more serious long-term problem - they’re still out of their minds.

They still actually think the Great Russian Collusion Hoax is going to win them the House and chase President Trump out of the White House.

It hasn’t been widely reported, but after last week’s indictment of Russian intelligence officers by Special Counsel Robert Mueller’s office for trying to disrupt the 2016 election, half the Democrats in Congress had to sneak over to Chris Matthews’ office to get an emergency Trump Derangement Syndrome booster shot.

Trump of course is somehow supposed to be responsible for Russia’s meddling, according to the fake media, even though all the hacking and swaying occurred when the Obama gang was in power.

Not that the Trump-hate media care, but here’s an old newsflash I found under my desk:

The Russians have been screwing with other people’s elections forever.

We’ve been screwing with other people’s elections forever.

Here are some other newsflashes for the media:

China has spies in America. We have spies in China.

Basically, every country with a GDP greater than Chad’s has spies in other countries.

Yes, Trump took a hit in Helsinki. Vladimir Putin was this week’s one-and-only big winner, thanks to the media’s hatred of Trump and the president’s gaffes.

While Trump was cleaning up his mess and “clarifying” his press conference quotes to keep the intelligence agencies from defecting to Russia, Putin probably was in a dacha somewhere laughing his butt off and drinking Stoli.

His dirty work is done. No one laid a glove on him in Helsinki and he’s disrupted everything in America he set out to disrupt.

Our political system has been in chaos for two years over Russian collusion and nonstop Trump hate. We no longer trust our president, our elections, our political parties or our major media, though that’s nothing new.

When Trump is involved, of course, the liberal media cover each new crazy tweet, gaffe or controversial executive order like it’s a war crime that has never been committed by a president before.

But to be fair, the left and the right tribes both play the gotcha game.

If it had been President Obama slow-dancing with Putin in public at that press conference, imagine how Fox News, talk radio and the rest of the conservative media would have reacted.

Obama did get caught playing footsies with the Russkies in March of 2012 when he accidentally spoke into a hot mic, telling then-President Dmitri Medvedev to assure then-good guy Putin that he’d have more flexibility on a nuclear missile deal after the fall election.

A few Republicans, like presidential candidates Mitt Romney and Newt Gingrich, made a stink.

But the words “collusion” and “traitor” and “impeachment” were never uttered in prime time or on page one because the entire Bicoastal liberal media-sphere rose up as one Andrea Mitchell to explain away or downplay Obama’s shifty promise.

For the record, the New York Times ran its March 26 story, “Microphone Catches a Candid Obama,” on Page A14. That’s not the front page.

President Trump will never get that kind of sweet deal from the liberal media for the next six years, so he needs to learn a few basics I picked up in the second grade.

He has to think before he speaks. And he has to stop taking everything so personally.

At that press conference in Helsinki the president was his own worst enemy. He would have saved himself a lot of grief if had just come out, turned to Putin right away and said, “Cut this hacking crap out, Vlad. First question?”