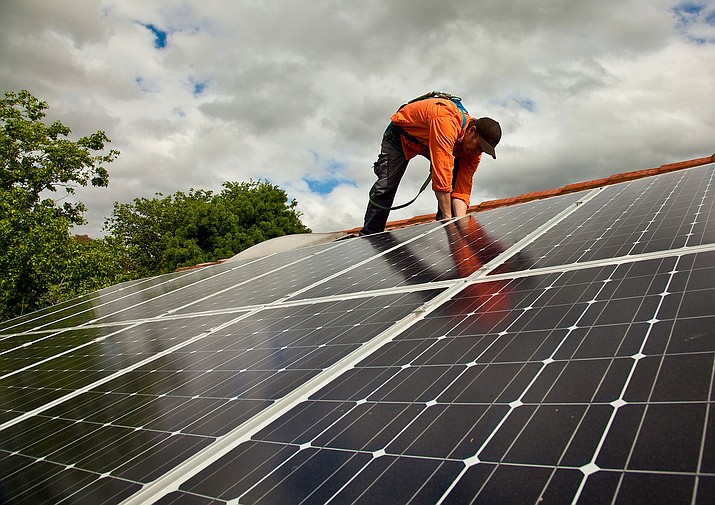 Brett Johnson alleges that more than half of the signatures are invalid on their face, whether due to the people not being registered to vote in Arizona or that their signatures are not proper. (Adobe Images)

PHOENIX – The question of whether voters get to decide on a new renewable energy mandate for utilities could turn, in part, on how many petition signatures a judge lets Arizona Public Service challenge.

Attorney Brett Johnson contends that close to 70 percent of the more than 480,000 signatures submitted on the Clean Energy for a Healthy Arizona initiative campaign are not valid. Some of the challenges are based on things like whether the circulator was legally entitled to gather signatures and questions about whether the petitions were properly notarized.

But Johnson, representing a committee financed by the parent company of the state’s largest electric utility, also alleges that more than half of the signatures are invalid on their face, whether due to the people not being registered to vote in Arizona or that their signatures are not proper. That claim alone, if proven, potentially leaves the petition drive short of the 225,963 valid signatures required to put the issue on the November ballot.

Only thing is, Arizona law does not require county recorders to check the validity of every signature.

Instead, they review a random sample of 5 percent. Then they extrapolate the validity rate of that sample onto the full list.

On Monday, attorney Jim Barton who represents the initiative organizers told Maricopa County Superior Court Judge Daniel Kiley that Johnson and his clients have no legal standing to try to force the counties to do a signature-by-signature check.

It’s not just Barton who is making that argument.

Colleen Connor, a deputy Maricopa County attorney, said it would be “impossible’’ for her county recorder to check each and every signature that Johnson contends is invalid. And Daniel Jurkowitz of Cochise County told Kiley such a mandate would be illegal.

“What plaintiffs are asking is for the court to create new election procedures,’’ he said.

Jessica Sabo of Yavapai County put a finer point on it.

“This is pandemonium, your honor,’’ she said.

Johnson, however, said the 5 percent sample is just one method of determining validity. And he pointed out a section of law specifically says that “any person may contest the validity of an initiative or referendum.’’

Kiley has scheduled a hearing for Monday to consider the issue. Even if Johnson loses that argument, he has a veritable grab-bag of other legal reasons that Kiley should knock the measure off the ballot when there is a full trial, now set for Aug. 20.

At issue is whether voters get to put a provision in the Arizona Constitution mandating that at least 50 percent of electricity generated in the state come from renewable sources by 2030. That compares with an Arizona Corporation Commission rule requiring 15 percent of power to come from sources like solar, wind and geothermal by 2025.

If approved, it would apply to APS, Tucson Electric, UniSource as well as a host of smaller private utilities and cooperatives. But it would not apply to utilities classified as government corporations, notably Salt River Project.