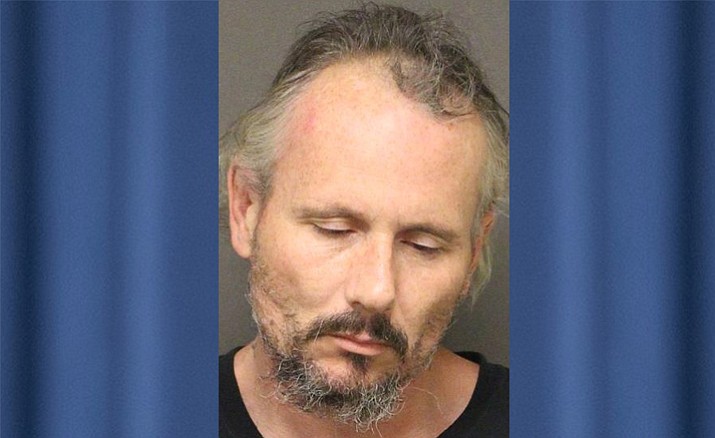 KINGMAN – Elijah Matthew Fullmer, 43-year-old Kingman resident, was arrested Wednesday after Mohave County Sheriff’s Office deputies made contact with a victim who claimed he was assaulted by three male subjects, one of whom was Fullmer.

Deputies made contact with the victim at Kingman Regional Medical Center, at which time he told law enforcement Fullmer had contacted him about buying property which was for sale. While at the residence, Fullmer and two other male subjects reportedly exited a bedroom with brass knuckles and began assaulting the victim, in addition to calling him racial slurs.

The victim escaped and ran to a friend’s house nearby and was subsequently taken to the hospital. After deputies made contact with the subject, Fullmer claimed he did not know what they were talking about. The other two subjects have not been identified.

Fullmer was arrested for felony aggravated assault and booked into the Mohave County jail.