Miner Editorial | Future of solar power should go before voters 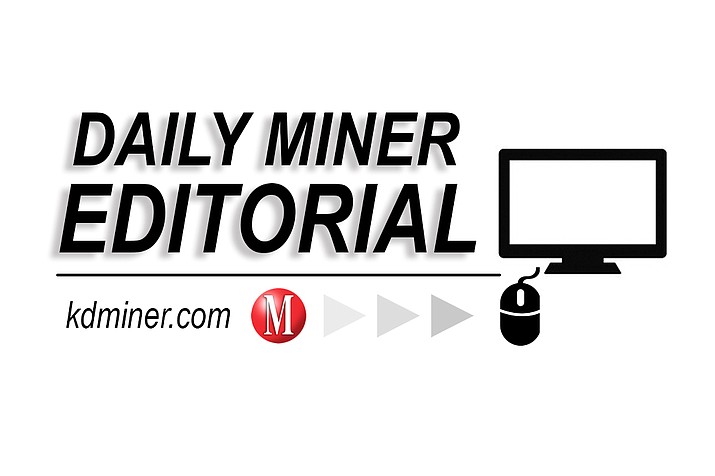 KINGMAN – Too often is the discussion surrounding solar power split down party lines with Democrats and Republicans polarizing the issue. Opponents claim proponents are out of touch with American ideals and the industry that corresponds with those ideals, while solar power supporters see those against as having views that are willfully ignorant of modern environmental movements and the state of unrenewable resources.

Solar power has flared up again in Arizona now that the California Energy Commission is requiring homes built after Jan. 1, 2020, include rooftop solar. The Arizona Energy Commission requires utilities to generate 15 percent of their power from renewable sources by 2025. The renewable energy initiative that is expected to appear on the November ballot would require utility companies to generate 50 percent of their power with renewables by 2030. But large utility companies like Arizona Public Service are doing all they can to hinder the Clean Energy for a Healthy Arizona initiative by funneling large lumps of cash to fight it, in addition to challenging some 70 percent of the more than 480,000 signatures submitted.

The Daily Miner supports renewable energy initiatives like solar power because of the lasting and sustainable contributions it provides for energy generation in the state of Arizona. According to the U.S. Department of Energy’s Office of Energy Efficiency and Renewable Energy, solar power produces “far lower lifecycle levels of greenhouse gas emissions and harmful pollutants including fine particular matter, sulfur dioxide, and nitrogen oxides.”

However, there is another reason for the Miner’s support of solar power that supporters of either side of the aisle should champion as well: the free market.

Nearly half a million Arizona residents have backed the clean energy initiative which is being so adamantly fought by utility corporations. That begs the question of who truly holds the power in our democracy, the people or corporations.

But an issue as important to Arizona as the future of solar power, one that a large number of residents are supporting at least in theory, should go to the voters for consensus.