City officials respond to Cohen's 'Who is America?' 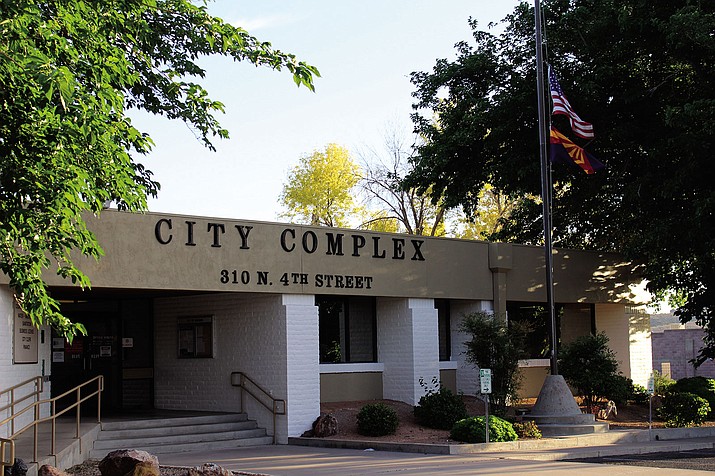 KINGMAN – Sacha Baron Cohen’s “Who is America” Sunday night episode on Showtime portrayed the City of Kingman and its residents in a less-than flattering light to say the least, but Mayor Monica Gates said the segment was “designed to incite intolerance” and is not an accurate representation of the City or its people.

“Absolutely not,” Gates said when asked if she thought the segment portrayed Kingman accurately. “I watched it yesterday and I found it to be not just a piece that was attempting to expose a bias but to incite a bias. It certainly did not accurately depict anyone in our great city.”

The “Borat” and “The Dictator” star featured Kingman in the last five-minute segment of Sunday’s episode. Cohen hosted a fake town hall meeting where he told Kingmanites of a proposed $385 million mosque that could come to town. Responses from those in the audience ranged from borderline racism to flat-out, self-admitted racism.

“The word alone scares you,” said one person. “To me, when I hear the word ‘mosque,’ I think of terrorism.”

“I am,” another man said after Cohen told those in attendance that he was not implying the group was racist. “I’m racist against Muslims.”

Gates said those individuals aren’t accurate representations of the whole of Kingman.

“Every community has a handful of people that are intolerant,” Gates said. “And often times I find that these people, the only way they can feel good about themselves is to make themselves feel superior to someone.”

Ron Foggin was brought on as Kingman’s city manager in April, and while he hasn’t been here for long, he agrees with Gates in thinking Kingman wasn’t accurately portrayed in Cohen’s show.

“Obviously, some folks were duped and it was a really unfortunate situation,” Foggin said. “From my time in Kingman, which hasn’t been a long time, that hasn’t been the community that I’ve seen so far.”

He doesn’t see Kingman as a place to be avoided by minorities or one with unfriendly residents.

“I haven’t felt and my family hasn’t felt that,” Foggin said.

The City even questioned in a press release issued Monday night whether those “purported residents” were in fact from Kingman. Gates is skeptical as well and said she didn’t recognize anyone in the video. She added that in her experience she has never had conversations like what was portrayed in the show with any Kingmanite.

“One man didn’t even use the correct term of ‘Kingmanite,’” Gates added, which fuels her opinion that the video isn’t genuine “by any stretch of the imagination.”

The City said in its release that it would take this opportunity to revisit its diversity and inclusive efforts to help drive home that, “This is the Kingman of today, not of yesterday.” Council plans to create a diversity commission, support a resolution championing National Hispanic Heritage Month, and will invite Phoenix Pastor Warren Stewart to Kingman in January in honor of Martin Luther King Jr. Day.

Gates explained those efforts, specifically the diversity commission, have been in the works for some time and are not direct responses to “Who is America?”

“I think it’s very important to celebrate our inclusiveness and the diversity of our community as well,” she said.

But if Kingman doesn’t have a widespread problem with bigotry, why does the City feel the need to take action to mitigate a problem that does not exist? Gates pointed to a negative perception of Kingman due to its relation to Oklahoma City bomber Timothy McVeigh.

McVeigh spent a short time in Kingman trying to recruit a friend to join in carrying out the bomber. That friend, Michael Joseph Fortier, did have roots to the city, having moved here at the age of 7. The Kingman High graduate met McVeigh and a third conspirator, Terry Nichols, while serving in the same unit in the Army.

“This community has had a black eye ever since the unfortunate, tragic Timothy McVeigh incident,” Gates said. “Timothy McVeigh was not even a resident, he was a transient. That was a black eye on this community that I don’t feel we have ever completely overcome, and I think it’s time that we look to move beyond that undue and unfair reputation.”

She added she is pleased to see the community’s “outrage at this ridiculous video.”

“Kingman appreciates who we are and what we’re becoming, and I’m so proud to call Kingman home,” Gates said. “I’m hoping this will lead to more inclusiveness in our community, more celebration, and most importantly, I don’t want to give this comedian any more airtime for doing something that I find to be absolutely despicable.”