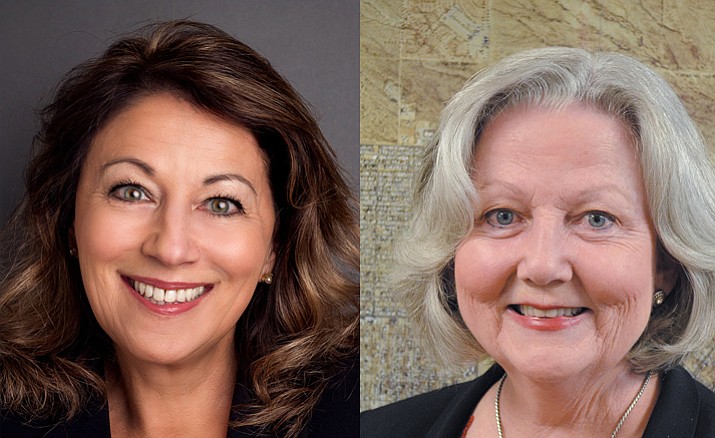 KINGMAN – An electorate that is educated on the candidates running in upcoming elections is capable of making informed votes, and Kingman residents will have another opportunity to get to know those running for mayor and City Council at a meet the candidates public forum from 5:30-7 p.m. Thursday at Desert Diamond Distillery, 4875 Olympic Way.

The forum, headed by Kingman and Mohave Manufacturing Association and Vote Kingman, will give voters the opportunity to educate themselves on numerous mayoral and Council candidates and their positions. Topics of discussion will include a question and answer session on the dedicated 1 percent Transaction Privilege Tax for pavement preservation and the capital improvement program.

Mayor Monica Gates has been a resident of Kingman for nearly 30 years. She served on Council from 2000 to 2004, when she was elected mayor for a two-year term. Gates has served two terms as board president of the Arizona Youth Partnership and the past five years have seen her serve on two Foster Care Review Boards. She is currently serving on the Western Arizona Council of Governments (WACOG) Executive Committee and the WACOG Area Agency on Aging.

Vice Mayor Jen Miles has resided in Kingman for 25 years has been a member of City Council for five years. Her employment in Kingman has included Mohave Community College, where she was vice president of applied sciences, and she worked for Mohave County advancing workforce and economic development programs. Miles currently serves on the Mohave and La Paz Workforce Investment Board and is also a member of Kingman and Mohave Manufacturing Association.

Ryan Dooley, deputy county attorney for Mohave County and brother-in-law of Councilman David Wayt, said he is running for Council because he believes Kingman has much potential, and that there are challenges needing addressed like attracting good-paying jobs and increasing the quality of life. Dooley holds a degree in speech communication from the University of Utah and a law degree from Oklahoma City University School of Law. He has lived in Mohave County since 2011, and said in an email that he volunteers with Kingman Center for the Arts because the arts are an important aspect of his life.

SueAnn Mello Keener is currently the president of the Kingman Republican Women’s Club and has served as an ambassador for the Kingman Chamber of Commerce in addition to advocating, collecting and donating to the Kingman Food Bank and Coyote Youth Programs on a regular basis. While group coordinator for Housing America, she taught home buyer education classes and provided credit counseling. For more than three years, Keener has been executive assistant to the Mohave County Treasurer.

Councilman Stuart Yocum, an electrician and tradesperson, has been a resident of Kingman for 14 years. He advocates for education, parks, public safety and quality infrastructure. He believes that a strong, healthy, diverse, growing and vibrant community contributes to overall quality of life.

Scott Holtry said he and his family moved to Kingman about three years ago to further his career as a county planner. The Holtrys “love Kingman and believe in the potential that Kingman has to offer.” Holtry is excited to raise his five children in Kingman and looks forward to becoming involved in the community. His experience in local government has led him to believe that “if you aren't moving forward, you are moving backwards.”

Harley Pettit has resided in Kingman for 16 years, though he has been familiar with the area since 1965 when he and his father began buying property in the area. Pettit was a telephone lineman for Pacific Bell and AT&T for 30 years, while at the same time drag racing via his enterprise, Harley Pettit Racing. He served in the U.S. Army from 1966-69 and is a member of the Benevolent and Protective Order of Elks as well as the Loyal Order of Moose and has held officer positions in both fraternal organizations.

Timothy Griepp says he is running for City Council to help Kingman plan for “true growth” in a way that is fiscally responsible. Griepp described himself as a Navy veteran, an Oath Keeper and a former fire chief and paramedic. He currently works in private security management. Griepp aims to be a “true representative of the citizens of Kingman,” and advocates for no taxation without a vote from the citizens. He also believes Council should get public opinion before action is taken on issues facing the City and its elected representatives.

Write-in Council candidates Ken Watkins, Stuart Yocum and Deana Nelson could not be reached for comment by the time The Daily Miner went to press.

A cash bar will be available, and Sirens’ and KAMMA will provide hot dogs, chips and soda.