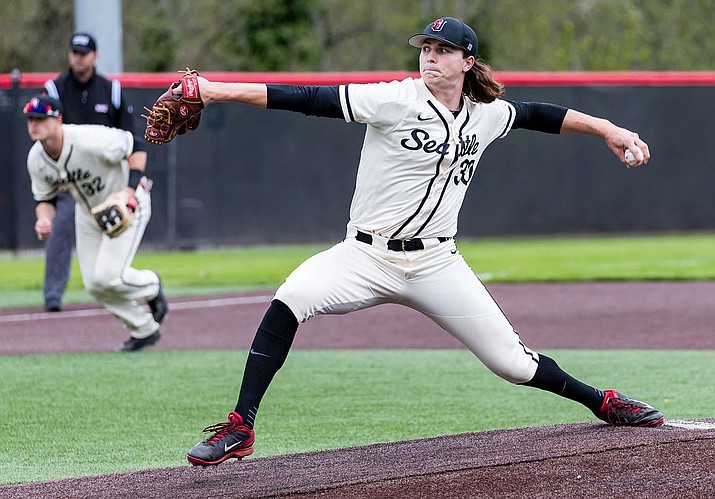 Kingman Academy graduate Tarik Skubal was selected by the Detroit Tigers in the ninth round, pick No. 255, of the 2018 MLB Draft.

The Kingman Academy High School graduate was selected Tuesday by the Detroit Tigers in the ninth round as the 255th pick of the 2018 MLB Draft.

The left-hander was drafted last season in the 29th round by the Arizona Diamondbacks, but decided to return to Seattle University for his redshirt junior season. The decision paid off as Skubal went 8-2 with 106 strikeouts and a 4.16 earned run average in 16 starts.

According to Seattle U Athletics, Skubal is the highest drafted player in school history and is the all-time record holder in wins (21), strikeouts (224), and lowest opponent batting average (.221).

While Skubal can still return for another season at Seattle U, it’s unlikely he will as he told the Daily Miner in May that he’d love to start his professional career.

He would join another Kingman native as Dylan File is playing for the Wisconsin Timber Rattlers.