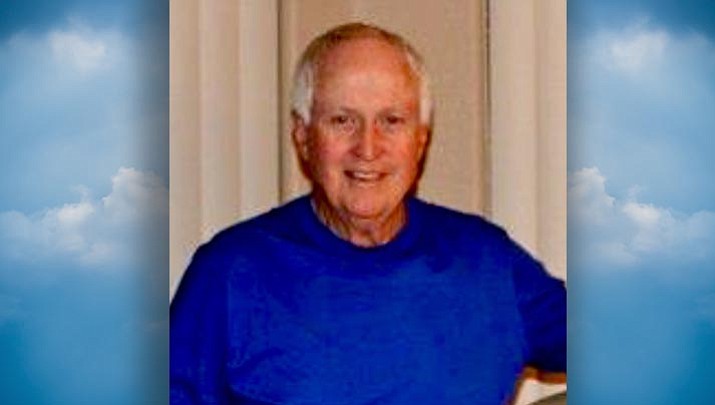 On Monday, June 4, 2018 our beloved Dad/Papa entered the gates of Heaven after fighting a long battle with illness. We take comfort that he passed peacefully while receiving loving care at the Joan and Diana Hospice Home in Kingman, Arizona, with his daughters by his side.

Leroy was born on November 15, 1934, to Clifford and Helen Sandy in Gilmore City, Iowa. He grew up in Iowa and then spent four years in the U.S. Army before moving to Kingman, Arizona, in the early ‘60s. It was at this time when he met his wife, Sheryl, with whom he had two daughters. He worked several jobs including Duval Mine and General Cable before settling on a career with Arizona Ford Proving Grounds in Yucca, Arizona. He retired from Ford in 1993, but continued to work summers there for many years afterward.

Leroy spent many days on the golf course, but his greatest joy was spending time with his family including his children and grandchildren. He was known for attending every single sporting event and function with every one of his grandchildren. He looked forward to any occasion to have a family gathering or party. He shared a special bond with his brother and sister-in-law, who moved to Kingman 10 years ago be closer to him. Having them here seemed to make his life complete. It was the love of his family that gave him the strength and motivation to battle his illness for the past year and a half. Even though his body was so weak, he continued to fight until his very last breath.

Services will be held at 2 p.m. Sunday, June 10, 2018 at Central Church (112 N. Fourth Street, Kingman, Arizona). The family invites you to visit and share memories immediately after the service. Gathering will be held at 835 Country Club Drive.

In lieu of flowers, donations can be made to the Joan and Diana Hospice Home in his name.