The ninth life of my friend’s cat 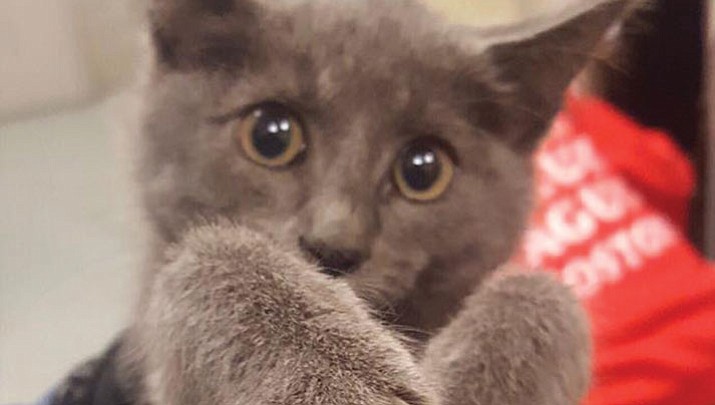 As much as we geezers enjoy telling and retelling tales of past adventures and conquests and tragedies, we sometimes are surprised by a tale of such love and caring that we get all teary eyed and have trouble finding our voices. Most of us are animal lovers, and we probably keep too many pets that we love and who love us. We also tend to get insulted when we are asked which sort of animal we own. We usually get huffy and tell the questioner that we don’t own any at all because they are family to us.

At a recent gathering of our morning coffee binge, one of our friends, a very quiet and subdued type, told of a beloved old cat he’d had for many years since it was a weak and starving kitten he found in a grocery store parking lot. He said the cat had been very close to passing on, but he nursed it and hand fed it with very tender snippets of the finest food he could afford. He related to us just how intensely the little kitten bonded with him. He told of the many months the little one slept, purring, in the crook of his arm at night. The little orphan would not let him out of its sight and even joined him in the bath tub. He said the little cat was the only thing that kept him from losing his mind when his wife passed on. The cat would come and perch on his shoulder and nuzzle his jaw and purr in his ear and comfort him as he grieved.

As the years passed and the kitten became a big strong adult, the man began to worry about what he would do when the inevitable came about and the cat passed on. As it happened, the cat lived an extra-long life of relative good health, but then there came a time when this small dear friend began to slow and sleep a lot, and began to eat less and started to slowly lose weight.

Our friend said he began taking the cat to the veterinarian frequently in hopes of somehow extending the animal’s life, and with some few small successes. Even though he knew he was asking the impossible, he continued searching for miracles from here and there. He was reduced to asking anyone at all who seemed to offer him hope.

Now, we geezers know all about the tremendous hole in our lives that comes from losing a beloved animal friend. So we continued to pay rapt attention to our friend as he related the saga of his search for answers. We had forgotten about our coffee that had gone cold as we listened.

He went on to tell us that he heard of a strange man who lived way back up in a canyon in the mountains. This man was whispered about by the locals as being something of a witch doctor who could cure maladies with remedies of his own fashioning. We were then told of his trek on foot up the canyon carrying his dear friend in his arms all the way. Once he arrived at his destination, he talked at length with the witch doctor about his problem, explaining that this was his last desperate attempt to find a solution. He offered to pay an exorbitant reward if the man succeeded in giving our friend even a few more months with the cat he loved so dearly.

The hermit, after listening to the story of the man’s dilemma, said that he would walk up the mountain a way to “study on it” for a while and come back with a solution if he could.

While he waited, petting his cat and weeping at his expected loss, he kept hoping against hope that there would be some miraculous outcome when the man returned.

When the man finally returned, he told our friend that the only thing he came up with was bizarre in the extreme, and it was a last desperate measure that would either give the cat further life or quickly bring about the cat’s demise. He told our friend he only had those two options to offer. After some agonizing soul searching, our friend told the man to proceed because his cat was just about gone anyway.

The hermit told our friend to hold the cat very tight and to hold the cat’s mouth open. He then proceeded to pour about four ounces of gasoline down the cat’s gullet. The cat erupted from our friend’s arms and rocketed around the room and then out the door and zoomed up the hillside for about two hundred yards, then just stopped and fell over dead.

We geezers were all agog at hearing this tale and almost in shock, we asked our friend, “What in the world happened?”

Our friend could hardly speak, he was so emotional. He answered

Sit a spell and have a chat
A geezer's life ain't so shabby
$10,000 offered in cat cruelty case
Column: Thankful for pets this holiday season
Dear Abby: Nonagenarian is eager to share a long lifetime of experiences