On-street parking to be discussed at P & Z 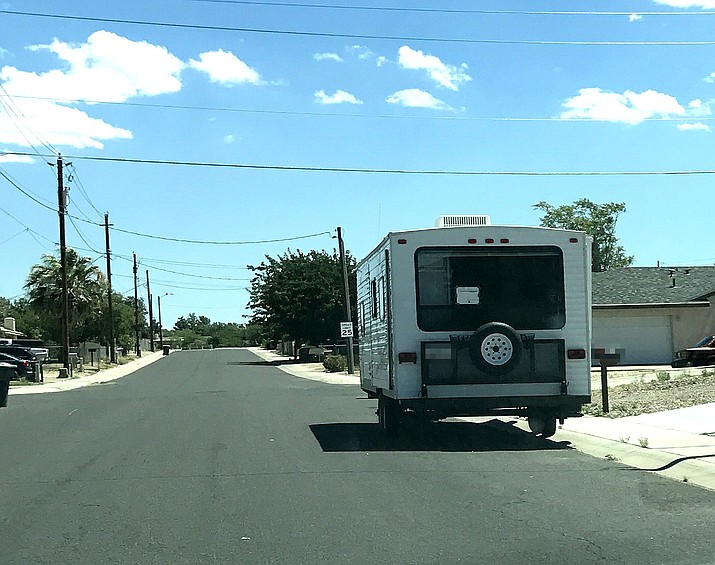 Council began discussing on-street parking regulations for recreational and similar vehicles back in August, and the matter is now being sent to the Planning and Zoning Commission (Daily Miner file photo)

KINGMAN – The increased usage of cargo containers for storage in residentially zoned areas and on-street parking regulations are two main issues facing the City which will be discussed at the Planning and Zoning Commission’s meeting at 5:30 p.m. Tuesday in Council chambers, 310 N. Fourth St.

Cargo containers and their storage capabilities were brought before the commission at its May meeting. Commissioners recognized benefits in using the containers, but also noted the lack of aesthetic appeal.

“The easiest solution on this would be if it’s agricultural, or rural residential or (with) horse privileges, there would be an expectation that you would see one of these containers,” said Commissioner Scott McCoy. “And they should be allowed, they shouldn’t be banned. Allow them in that type of zoning, and ban them in others.”

The commissioners agreed with McCoy’s suggestion. At Tuesday’s meeting, staff will provide the commission with information on cargo container allowances for larger residentially-zoned districts of rural residential, R-1-20, R-1-4-, R-MH-20 and R-MH-40.

Council began discussing on-street parking regulations for recreational vehicles, campers, trailers and boats at its meeting Tuesday. The City Attorney’s office presented a potential amendment to City code that would ban parking of those vehicles on streets in residential districts, with allowances for loading and unloading.

However, Council decided the matter should go before the Planning and Zoning Commission before action is taken.

Commissioners will consider the amendment provided to Council, and will discuss whether or not the current ban on storing these vehicles in front yards, or driveways, should be adjusted if the City continues to pursue changing on-street parking regulations.