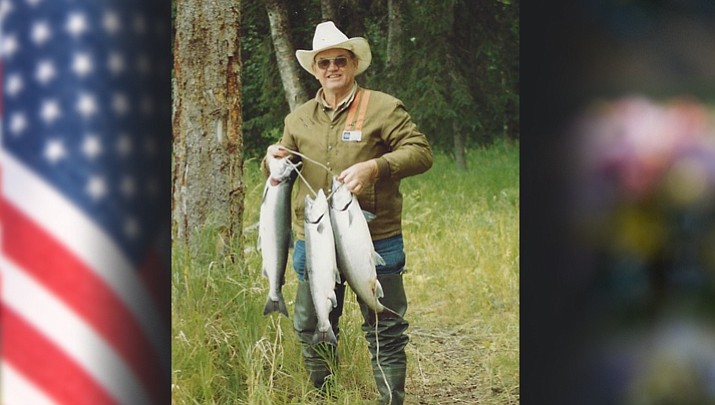 Enos Phillips was born in Monticello, Illinois, in 1925 to Lola Akins and William Phillips.

After high school, he joined the United States Navy and served in World War II. He was honorably discharged, then settled in Kingman where he married Virginia Leonard in 1948.

Enos worked for the Coca Cola Company, a bat mine in the Grand Canyon, Central Commercial Company and Ford Proving Grounds in Yucca. He and Virginia enjoyed traveling and made four road trips to Alaska. Enos was an avid hunter and fisherman. Virginia and their children were always included in these adventures.

He was a generous and faithful man who loved his family and friends and was loved in return.

He was preceded in death by his loving wife, Virginia, and sons, Andy (Linda) and Chris.

He is survived by his daughter, Kim Wilson (Sid), and son, Tom Phillips (Wanda), numerous grandchildren and great-grandchildren.

Memorial services will be determined at a later date.