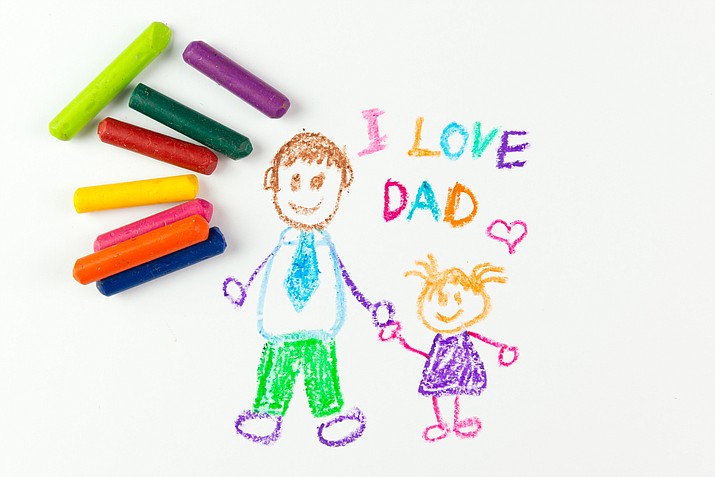 As another Father's Day approaches it is only fitting that this blog is about dads and being a dad.

The generation I grew up in, the dad was the one who went to work each day and supported the family. Mom was expected to take care of the house and children. There were very few homes I knew of that did not have a mom and a dad. A few kids I knew of had stepdads.

I wasn't sure what a stepdad was when I was very young. I just knew he acted like all the other dads. The years have passed and the role of dad has changed, and so, too, has the position of the stepdad.

It is not unusual now a days to meet someone who has several children, and each has a different dad. Sometimes there is no dad at all, and perhaps it is uncle or grandpa who has stepped into that role. Whatever the circumstances might be, I think it is a good thing to have a dad around, or at least a male role model.

I believe any man can love a child. Just as any woman can. I think as children get older, they soon realize just because you participated in the making of a child does not make you a dad or a mom. Parenting often comes from the heart and not the birth certificate.

I was fortunate to come from a home that was pretty complete in most ways. Dad worked, Mom took care of us, and that was the way it was supposed to be. Having been a single mom at a very young age myself, it was my big brothers and my own dad who watched out for my kids.

There are many dads out there now who have absolutely nothing to do with their children. Sometimes it’s through no fault of their own and other times it is because it’s best for the kids. A family is not necessarily made up of mom, dad and two and one-half children as was in the 1950s and before. We all have people we call "family" in addition to those we are actually related to.

The current generation has set many new standards in this area. When I think about my own dad, which is still quite often, I find that I remember so much. His scruffy beard when he needed a shave. His ability to find humor in so many things. How he enjoyed his Padre games and was a faithful watcher. Even kept his own score of the games. How he teased us so much and would burst out laughing when we responded to it. The half pint he often kept in the glove box of the car. When we would be snooping around and come across it, he would just smile and say, "I keep it there strictly for medicinal purposes." Even though we had no idea what that meant, it made everything OK.

I so wish dad could have been around longer. He never got to see a great-grandchild or share in so many other wonderful family things. He and my mother were surely the glue that kept our family together as we grew up. I am thankful to have had him for at least as long as we did. I learned so much from him. Here's to you, Dad.

Thanks for the laughs, the love and the memories.

Dear Abby | Father’s day is bitter reminder for daughter mourning her dad
Dear Abby | Sisters puzzle over response to parents’ secret bankruptcy
Dad may be gone for 30 years now, but I still miss him
Fathers are important components of a family
A man stands tall when he kneels to hug his child