Courting Putin, Trump jolts the West with a nationalist bent 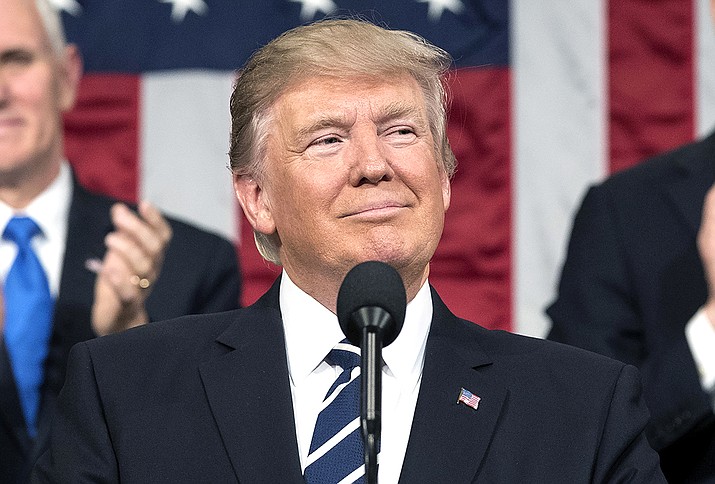 WASHINGTON (AP) – As Donald Trump presses ahead with plans for a summer summit with Russia’s Vladimir Putin, the U.S. president is jolting relationships with some of America’s longest and strongest allies. Amid concerns over Trump’s apparent desire to be cozy with the Russian leader, he is pursuing increasingly nationalistic foreign and trade policies and delivering scathing personal attacks on traditionally friendly leaders who don’t share his views.

The White House announced Thursday that national security adviser John Bolton would travel to Moscow next week, after stops in London and Rome, to discuss the potential Trump-Putin meeting, expected to be held in the Austrian capital of Vienna in the days following NATO’s July 11-12 leaders’ summit in Brussels. Administration officials say a White House advance team has traveled to Vienna to scout locations and make other logistical preparations for a summit should it come off.

Bolton’s stops in Britain and Italy may be designed to assuage nervous Europeans about Trump’s intentions for the Putin meeting, which would come just weeks after Trump stunned European allies by suggesting that Russia should be re-admitted to the Group of Seven club of industrialized economies without forsaking its annexation of Crimea for which it was expelled in 2014.

Yet the hawkish Bolton’s discussions in the European capitals are unlikely to smooth over what are becoming widening fractures in the trans-Atlantic relationship that the president has seemed to welcome.

To Trump, the tough approach to allies constitutes a long-needed reassertion of U.S. sovereignty following a worrying period of decline in which Washington was too deferential, too politically correct on the world stage and too trusting of global institutions to look out for America’s best interests. Those who complain that the status quo is being upended, Trump argues, are correct – and missing the point.

And the list of spurned parties is quickly growing. Trump’s pursuit of his “America First” agenda has put the U.S. at odds with the rest of the G-7 democracies, sowed major divisions with Europe and Canada and risks altering the balance of power in the Asia-Pacific.

Nowhere, though, have the tensions crystalized more than in Europe, where concerns about Moscow are visceral and closer to home. In recent weeks, Trump has attacked Germany’s chancellor, ignored her and the leaders of Britain and France, embraced Italy’s new populist prime minister and congratulated Hungary’s authoritarian premier.

The result has alarmed many who view the trans-Atlantic partnership to be a bedrock of post-World War II international stability and security. But it has also left America isolated as administration promises that “America First does not mean America Alone” appear to fall by the wayside.

German President Frank-Walter Steinmeier, in a speech in Los Angeles this week about democracy, warned the mounting damage to the trans-Atlantic partnership “could be irreparable.”

“I believe that the United States needs partners, and it needs these partners,” Steinmeier said. “However, America can only recognize such a partnership if it regards the ‘West’ as more than a geographical term, and the world as more than a boxing ring in which everyone fights against everyone else.”

Supporters of Trump’s approach say that’s easy for Europe and other allies to say. They argue that the allies have taken advantage of the U.S. for decades, with America shouldering much of the burden for the West’s security and defense. They have also benefited from trade and economic policies that Trump’s administration believes are robbing the American economy.

“The era of American complacency in the international marketplace is over,” Trump’s trade adviser Peter Navarro wrote this month in an op-ed in The New York Times.

Trump has also managed to rattle usually unflappable Canada by hurling personal insults at its prime minister, Justin Trudeau. He has accused Trudeau of making “false statements” about trade and has slammed the prime minister for acting “meek and mild” in his presence and then complaining about Trump and tariffs publicly.

“Very dishonest & weak,” Trump wrote about Trudeau on Twitter after leaving the G-7 summit. Then he unexpectedly yanked the U.S. out of the traditional joint statement issued by the G-7 leaders at the conclusion of their summit.

At the same time, Trump has fueled anger, resentment and confusion in Europe with punitive trade tariffs, withdrawal from the Iran nuclear deal and the Paris climate accord, and pullouts from two Europe-based U.N. agencies, including the Human Rights Council just this week.

“The ties that bind us are under strain,” NATO chief Jens Stoltenberg wrote in an opinion piece this week. Stoltenberg, who has had a relatively cordial personal relationship with Trump, was hopeful for the future but his warning was a clear sign of unease about the friction.

“Nowhere is it written in stone that the trans-Atlantic bond will always thrive. That doesn’t, however, mean that its breakdown is inevitable,” Stoltenberg said.

Yet Trump has shown little interest in preventing a breakdown. To the contrary, he appears to take pleasure in trying to score political points through insults and targeted praise of leaders who, like him, seek to disrupt the status quo.

As German Chancellor Angela Merkel’s fragile government faces intense internal divisions over her approach to Europe’s migration crisis, Trump has seemed eager to fan the flames. For days he has taken to Twitter to assert – erroneously – that crime in Germany is “way up” and to claim that aggressive immigrants are to blame.

“The people of Germany are turning against their leadership as migration is rocking the already tenuous Berlin coalition,” Trump tweeted on Monday. “Big mistake made all over Europe in allowing millions of people in who have so strongly and violently changed their culture!”

“Just met the new Prime Minister of Italy, @GiuseppeConteIT, a really great guy,” the president wrote on Twitter after seeing Conte at the G-7 meeting in Quebec. “He will be honored in Washington, at the @WhiteHouse, shortly. He will do a great job - the people of Italy got it right!”