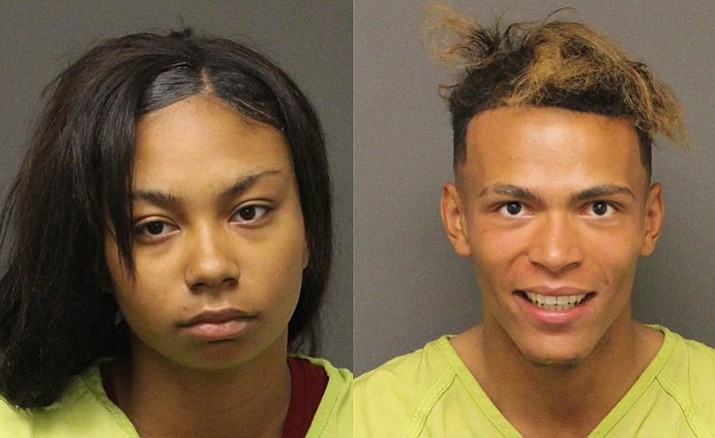 KINGMAN –Aveyon Lashawn Nevitt, 20, arrested May 26 for carjacking a Las Vegas Uber driver, is no longer being held on a $1 million cash bond, as Judge Billy Sipe granted the defendant’s motion to be held on a $500,000 secured appearance bond Tuesday.

“The allegations in this case depict a person who engaged in very violent behavior and very dangerous behavior that not only endangered the two people in his vehicle and clearly threatened their lives, but obviously threatened the lives of other people on the highway …,” Sipe said in court.

One of the alleged victims of the carjacking issued a written statement to the court.

“In no way do I support this motion to redetermine release conditions be accepted or even considered,” he wrote. “This kid knew what he was doing from the moment he entered the car, as he would make comments to the girl sitting next to him how they were going to go away, meaning prison, for a long time for what they were about to do.

“I not only feared for my life but for the lives of my family members, as he threatened to go after my family if he ever got out while taking pictures of my driver’s license as well as my ID.”

According to the statement, unsettling remarks made by Nevitt didn’t stop there.

“’You’re not going to be able to have an open casket case, because I’m going to blow your face off,’” the victim wrote in quoting Nevitt, who reportedly held a gun to the victim’s head while he spoke.

Donnelda Schuele, the Uber driver who was purported to have been carjacked that night, also gave a statement to the court. She said Nevitt was willing to kidnap, shoot a gun, hurt and murder to accomplish whatever he had set out to do.

“He also lives too close to me in an area that I do not want him in, and I feel that our lives are still in danger,” she said.

Sipe referenced the pretrial risk assessment that recommended Nevitt be released on his own recognizance. The judge found that to be “inappropriate,” but said the purpose of a bond is not to punish or ensure someone can’t get out of jail, and that the $1 million cash bond was excessive.

“However, it’s going to be a very high bond,” Sipe said of his decision to hold Nevitt on a secured appearance bond. “Based on the reasons I’ve indicated already as far as the dangerous offenses, defense criminal history, the views of the victims and the lack of ties to the community.”

According to KTNV-13 in Las Vegas, Schuele and another passenger in a pool ride reported they were held up by Nevitt and Raitasha Antoinette Williams-Gardner, 19, in Las Vegas and ordered to drive toward Arizona. Schuele said a gun discharged and the passenger was pistol whipped. She went on to say several more shots rang out hitting the window and a commercial truck.

Schuele and the passenger were let out of the car just past Hoover Dam.

A pursuit continued on southbound Highway 93. The suspect vehicle ran over stop sticks that were deployed at mile marker 70. The vehicle continued south when it crossed into the center turn lane and then collided into a bus in the 900 block of West Beale Street. No one on the bus was injured.