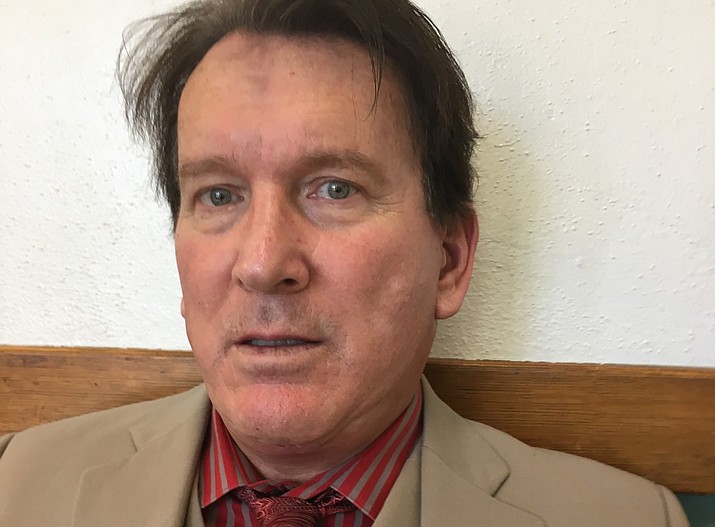 KINGMAN – Public defender Robin Puchek has been named the best in the state by the Arizona Public Defenders Association, receiving the “Outstanding Attorney Award” June 21 at the association’s annual conference in Tempe.

The award is “in recognition of his commitment to excellence and provision of high quality legal representation.”

Puchek has been licensed to practice law in Arizona since 1989 and has never been disciplined. He started as a prosecutor in Maricopa County’s Attorney’s Office from 1990-1996.

He’s been practicing criminal defense exclusively since 1997, first with a Phoenix firm and then forming his own law office in 2001 in Mesa.

“I love fighting for the underdog,” Puchek said, noting that he has won eight acquittals of men accused of rape, molestation and other sex offenses over the last couple of years.

Originally from Philadelphia, Puchek graduated from Seton Hall University in 1984 and began his career as a judge advocate general for the U.S. Air Force, assigned as defense counsel for the southeast region.

He has received numerous awards throughout his legal career, including the President’s Commendation from the Arizona Attorneys for Criminal Justice in 2017 for outstanding performance as a criminal attorney.

He is also a member of the AACJ board of governors, was served on the State Bar Ethics Committee from 2015-2017.