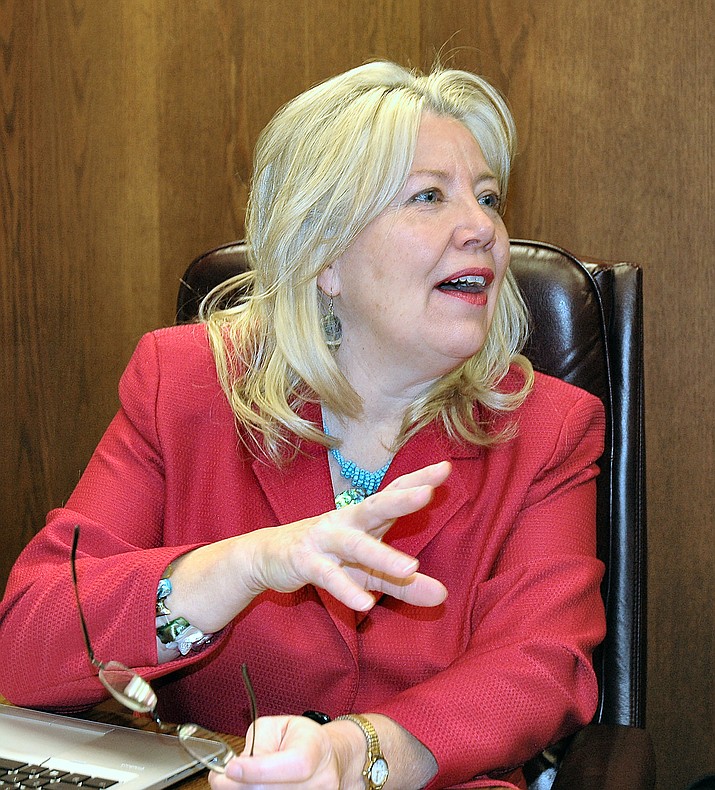 PHOENIX (AP) – The Republican victor of a special primary election is the immediate favorite to win the U.S. House seat vacated by former Rep. Trent Franks.

The winner will replace Franks, who resigned under pressure from House Speaker Paul Ryan in December. Franks acknowledged discussing surrogacy with two female staffers and one told The Associated Press he offered her $5 million to carry his child.

The special election turned into a last-minute slugfest among the GOP front-runners when it was revealed that former state Sen. Steve Montenegro received sex-tinged messages from a legislative aide and Lesko was accused of improperly using her state campaign funds to support her congressional bid.

Lesko denied allegations that transferring $50,000 from her state campaign fund was illegal. She sent the money to an independent group that spent the cash backing her congressional bid.

Montenegro, a married father and Christian minister who was Franks' district director, had the backing of the former congressman, popular former Sheriff Joe Arpaio, and U.S. Sen. Ted Cruz, a tea party favorite.

He acknowledged receiving "unsolicited" naked photos from a female state Senate staffer. Her lawyer alleges Montenegro "groomed" her for months, and she said they engaged in sexual conversations over text message. Montenegro said he became too close to the woman and that while she sent an unsolicited topless photo, "I never had inappropriate relationship with her or anyone else."

In the end, the revelations may have had little effect on the outcome because the state relies heavily on mail-in ballots, most of which had been completed before the last-minute flurry of allegations.

Corinne Clark, a retail worker from Surprise said she regretted casting her ballot for Montenegro in early voting before the allegations about him surfaced.

"Whether it's true or not is hard to know," Clark said. "But my number one reason for voting for him was because he has Christian values, and it makes me mad that this has come up afterward."

Election results showed Lesko receiving 35.8 percent of the vote while Montenegro and Lovas each had 23.8 percent. Nine other candidates received small fractions of the remaining votes.

"Wow!" Lesko exclaimed when one of her campaign workers told her that Montenegro was conceding. "I'm so excited because it looks like I'm winning tonight."

"I'm very grateful to everyone who has helped me on this campaign and now I'm looking forward to the general election and then getting to Washington to get things done for the people in my district," Lesko added, grinning broadly in a brief interview at an election night gathering in the backyard of her Peoria home.

Lesko had support from popular former Gov. Jan Brewer and a host of local mayors and city council members. She helped drive the state's landmark school voucher program and is touting her border security plan.

The Democratic nominee faces an uphill battle in a district where Republicans dominate. Early primary ballots broke down about 2 to 1 in favor of Republicans.

Walter King, a 69-year-old retiree from Seattle who now lives in Sun City, said he voted for Tipirneni by mail-in ballot, but didn't expect her to defeat whatever Republican wins the primary.

"I like to think the state is slowly turning purple," King said Monday as he sat in his golf cart, a common form of area transportation, with his French bulldog mix Stuart. "But it's still mostly red."

Tipirneni said despite the heavy Republican advantage in the district, she sees a path to victory.

"We've seen Democratic performance shoot up by huge numbers all across this country," she said. "East coast, in red areas like Oklahoma and Alabama, we see Democratic engagement and momentum and energy, and there's no reason that Arizona can't be next."