Women Making History: Some of Kingman’s finest are being awarded for their contributions to the community 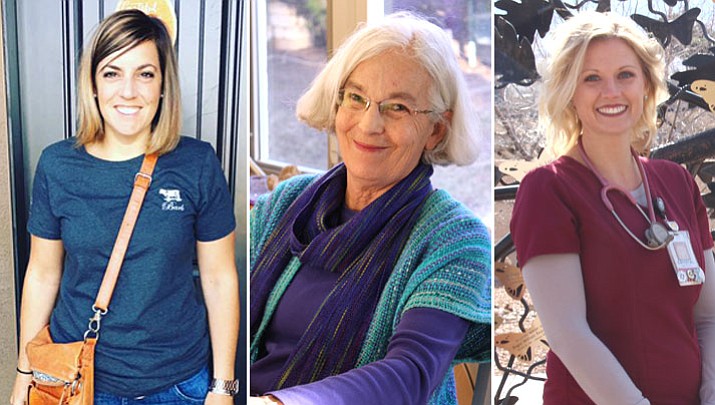 The Women Making History project honors women in a wide variety of areas.

“We focus on the rich and inspiring heritage of women’s contributions in the Mohave County area and celebrate the lives and work of women of all races, ages and cultures,” said Betsy Parker, a member of the steering committee.

The scope of the project is to honor living women who have made a one-time contribution of major significance or a series of ongoing contributions over a longer period of time. The Women Making History Awards have been celebrated in Kingman since 1984 and more than 200 women have received recognition.

National Women’s History Month focuses on the rich and inspiring heritage of women’s contributions in the United States and sets aside a special time each year to recognize and celebrate the lives of countless women of all races, ages, cultures, ethnic traditions, religious faiths and ways of life.

“The goal of this event is to recognize the women of Kingman,” Parker said.

It’s also a chance for the community to see some of the many strong women there are in the community. This year, nine women were awarded and will be recognized at a 2 p.m. ceremony Sunday at the Mohave Museum of History and the Arts. 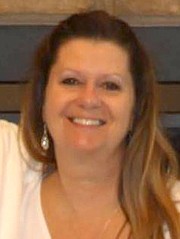 Sherri Cullison was born and raised in Kingman. She has been a pianist and vocalist for over 40 years as well as a music director at different churches. Cullison has performed at Christmas concerts, award ceremonies, local and statewide functions, and internationally.

“My passion is music,” Cullison said. “Music is an art all on its own. Nothing has been able to replace music in my life.”

Cullison said it’s important to support the arts in Kingman because they can help improve life and work the mind.

“I love a lot of the arts, even though I may not be talented at them,” Cullison said. “I appreciate all of them.”

Cullison said music is a powerful tool to touch people’s hearts as well as bring hope and happiness into their lives. She teaches piano and voice in the area as well, which she calls “living the dream.”

Cullison said there have been times when she has set aside her passion and her dream, but she came to learn that she should follow music. She encourages others who have a passion for something, as well as a dream, to pursue it, never give up, and “if you give you will receive.”

“I’m truly honored to have received this award,” Cullison said. “Wonderful women are being recognized for their hard work and dreams. I’m truly thankful that (the committee) feels I have the value to be recognized … and the talent for this award.”

Barb Charon has owned the Farmhouse, 317 E. Beale St., for two years. She purchased it “knowing I was going to do something great.”

Charon not only promotes her business, but she works to promote other small businesses in Kingman. Charon continually encourages people to support local businesses and events, and donates to community interests while seeking a way to allow her business to support Kingman.

Charon said she created the Farmhouse as a space for people to be creative and to have a sense of belonging.

“So many people move here and they’re lonely,” Charon said. “This isn’t a big city where it is easy to get involved and find a place.”

Charon said her business is about what she can give back, not about herself. Being in business is one of her favorite things, and she is humbled to have received this award.

“I shouldn’t get an award for trying to do the right thing,” Charon said. “I’m just very humbled to be thought about and nominated.” 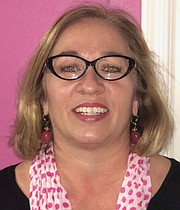 Debbie Liverence graduated from the Thomas M. Colley Law School in Lansing, Michigan. She relocated to Kingman 22 years ago with the intent of focusing on elder law.

Instead, her law practice primarily focuses on juvenile delinquency, children who are considered “at-risk,” family law matters, children in the foster care system, and adoptions.

After seeing the need in Kingman, Liverence devoted herself to being involved professionally and personally.

“When I first moved to Kingman, I didn’t know anyone in town,” Liverence said. “I met someone who was heavily involved in volunteerism. It kept me active, and it just makes a better community.”

Liverence is part of several local service organizations including Soroptomist International, Venture Club, The Club for Youth, and the Kingman Regional Medical Center Foundation. Most of her volunteerism revolves around children.

Liverence said the award came as a surprise to her since she didn’t know she had been nominated this year.

“I am just very excited and very surprised,” Liverence said.

Mary Reddick moved to Kingman in 1973 and began working at the Kingman Elementary School as a Special Education teacher. While she was teaching, she also attended Northern Arizona University in order to complete her certification for school psychologist and she earned her doctorate degree in educational leadership in 1991.

Reddick said parents are the first, and best, teachers as most learning occurs between 0 and 5 years old.

“There are so many fantastic educators in Kingman,” Reddick said. “I am grateful to stand in for other educators for the time.”

Throughout her 38 years as a professional educator, Reddick has reached out to students, parents, teachers, and staff to help them realize their strengths. She has helped them develop relationships, deal with stress, and promote development for the next generation.

“I am very grateful, but very humble to be receiving this award,” Reddick said.

Crystal Finch Brown is a registered nurse who started her career at KRMC 11 years ago. She now works for Joan and Diana Hospice House, and is in the middle of opening her own assisted living home. Currently, Brown is in the licensing process and hoping to open the home in the next few months.

“I am extremely honored and very shocked,” Brown said. “I don’t feel that awesome, and I can’t believe I was even considered. There are a lot of amazing women who have gotten this award before me.”

Brown said in her line of work it is most important to treat patients like family members. As a hospice nurse, she believes her role is to be with the patients and families during the death process and to be a center of spiritual and emotional support.

“It is the most rewarding job in the world,” Brown said. “God handpicks nurses, and it isn’t something that is for everyone.”

“She taught me to depend on myself and stand on my own two feet,” Brown said. “Thank you for raising me to be a strong woman.” 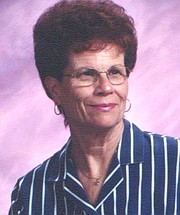 Judy Smith was born Feb. 13, 1939 in the old hospital in downtown Kingman. Apart from her time spent in Phoenix attending business college, Smith has spent her entire life in Kingman.

“I am a long-time resident of Kingman, a true ‘desert rat,’” Smith said. “I have never wanted to leave.”

Smith, originally Judy Finch, is the child of a pioneer family. She has witnessed the original glow coming from Las Vegas and was around while they were performing atmospheric tests at the Nevada test site.

Smith said she and her husband had the chance to move to Detroit, but both of them decided that the small-town life was for them. She said she has been very happy in Kingman. Both her children, and her grandchildren, live in Kingman as well, which Smith has said is wonderful.

“Oh, I just feel wonderful,” Smith said. “I am very humbled and very happy about receiving the award.”

Smith said people who move to Kingman often have a hard time getting used to the area, especially people from big cities, but if they just stick it out, they’ll like it here.

“Always remember to take good care of each other,” Smith said. 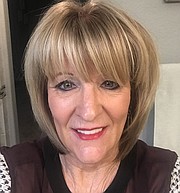 For Renai Hill, the customers have always been No. 1. The vice president of 66 Auto Sales said she treats each customer the way she would treat her family.

“There isn’t a day that goes by I don’t wake up thankful for my job, family, and my family of customers,” Hill said.

She first started buying and selling cars when she was 19 and has been in the field for 42 years. To this day, she still loves what she does.

Hill said she couldn’t have done it without the help of her parents. Her father was the one who taught her about cars, as well as the three values Hill has always taken with her.

“Work hard, every day. Stay true to yourself. And your reputation means everything,” Hill said. “I had great teachers in my dad and his friends.”

Hill said she can’t believe she was nominated and selected.

“There are so many deserving women in Kingman,” Hill said. “I’m just shocked.”

Hill said she loves Kingman and supporting the charities in town.

“Kingman has been good to us,” Hill said. “It’s been a good ride, and I don’t plan on retiring any time soon.”

Wendy Rapp has been serving Kingman for 17 years. She created a sober living house on Marshall Drive and Potter Avenue known as Angel Manor, and helps women who wish to get clean and sober.

The property where it stands was sold to her on the stipulation that it be made into a recovery home for women. The owner held off payments for three months while Rapp scraped together money to open the home. Over a 10-year period, Rapp paid the owner as she could.

Rapp has helped hundreds of women throughout the course of Angel Manor’s existence.

Rapp doesn’t turn people away and does everything she can to help those in need.

“If you need something done, ask a busy woman” is a phrase used to describe Rebecca Fawson. The only time she’ll say no is when it interferes with granddaughter time.

Fawson has lived in Kingman for 34 years.

She has volunteered her time at Cerbat Elementary and Kingman Academy of Learning. She was a “Dance Mom” at Kingman Dance Factory, and she volunteered her time for years at the Kingman Airport Authority, City of Kingman Centennial Committee, Boys and Girls Club, Soroptimist International and the Rotary.

Fawson was awarded the Kingman Elks Lodge Public Service Award in 1999 and the Chamber of Commerce Citizen of the Year Award in 2005.