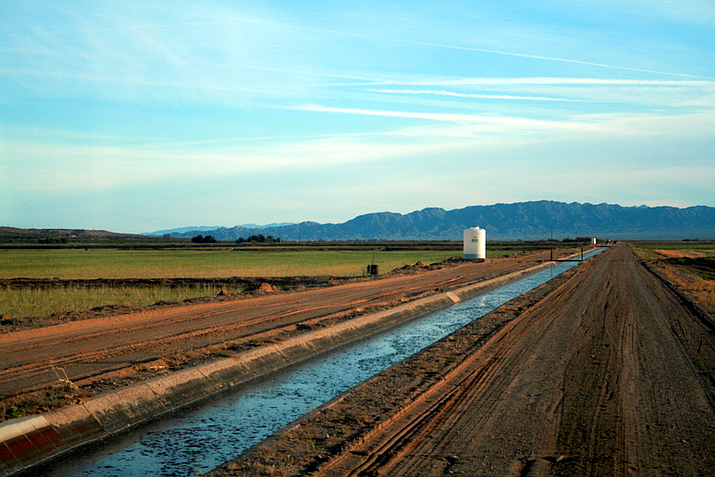 KINGMAN – Mohave County Supervisors unanimously approved spending up to $20,000 to draft a complaint that would give the county legal “standing” in opposing the transfer of water rights from the county to the Central Arizona Project.

The Board of Supervisors voted 4-0 Monday, with Supervisor Hildy Angius absent and Chairman Gary Watson voting by phone, to have law firm Ryley, Carlock and Applewhite draft a legal memorandum and complaint outlining the county’s cause of action against Mohave Valley Irrigation and Drainage District.

“We need to be proactive in everything that we’re trying to do with this issue that continues to loom over our county and the ability to grow,” she said at Monday’s meeting.

Watson said the item is only to set aside the $20,000, not to spend it, but the county must attain legal standing.

“We need to get standing in this and we need to be prepared to do that,” Watson said before voting in favor of the legal expense that would come from general administration.

The Central Arizona Water Conservation District board of directors in October approved an agreement to buy seven farms in Mohave Valley Irrigation and Drainage District, including Hulet Farm, Hancock Farm and Jerome Farm, for $34 million.

The purchase includes about 14,000 acre-feet of Colorado River water rights, of which 5,538-acre feet a year would be transferred to CAP.

Mohave County Board of Supervisors passed a resolution in December opposing the purchase, and hired HighGround, a consultant firm, to protect critical ground water and surface water rights.

The transaction is currently in the due diligence period, which includes discussing the development of a rotational fallowing program with MVIDD, extending farm leases and reviewing the title report. Closing is contingent upon MVIDD approving the agreement.

During public comment Monday, a citizen from Bullhead City recommended the county file a class-action lawsuit against the board members of MVIDD who vote to take water out of the county.

“We view this proposed contract, and its transfer of any Colorado River water, or any allocations to such water, from Mohave County to central Arizona as part of a continual attack on the water rights and economy of rural Arizona,” County Assessor Jeanne Kentch stated in a Nov. 28 letter to Perri Benemelis, water supply manager for CAP.