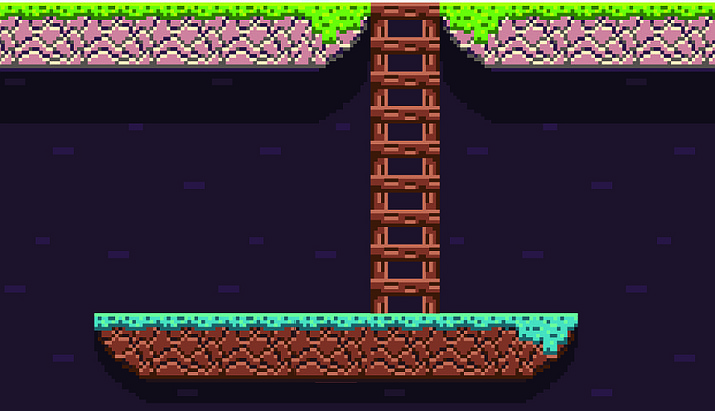 KINGMAN – Playing indoors has taken on new meaning with the development and success of video games, providing a new way to reach out and connect with teenagers. The City of Kingman Parks and Recreation Department will host the inaugural 2018 Tri-State Video Game Championship Tournament, 3-8 p.m. Saturday at Palo Christi Elementary School, 500 Maple St.

Ryan Fruhwirth, recreation coordinator, said that while the department has a firm grasp on sporting activities in town from 4-year-olds to senior citizens, there remained a demographic whose interests were not being addressed. Kingman parents had reached out to the department and suggested it offer more activities geared toward teenagers.

“What is one of the most popular things teenagers are doing?” Fruhwirth and the department asked. “Why don’t we offer a video game tournament for the teenagers?”

The answer to the question resulted in the creation of a video game tournament that will consist of four different games, each in bracket style. Contests will commence in the order they appear within this article.

“They’re not all the newest or most modern games, we’re intentionally doing some throwback games,” Fruhwirth said.

One such game is GoldenEye 007 for the N-64, which Fruhwirth described as “groundbreaking,” and a trend setter in the world of video gaming. GoldenEye is a first-person shooter that enables four players to battle and determine who reigns supreme on the 20-year-old videogame.

“It set records for sales and we thought it would be a lot of fun to offer a bracketed-style tournament for Golden Eye on the N-64,” he added.

Participants will also be able to try their hand at Mario Kart on the Wii-U. Mario Kart lets players race with their favorite classic Mario characters in a go-kart style setting.

“We wanted to offer the Mario Kart on the Wii-U because that’s just an interesting, fun way to do things,” Fruhwirth said.

“In order to make this as fair as possible, we’ve specified that everything will be set up as a random character that will be assigned at random,” Fruhwirth said.

The two remaining games will be played on the Xbox One, the first of which is Marvel vs. Capcom: Infinite. The fighting game lets players choose between Marvel characters or Capcom characters before dueling to determine the winner. The contest will be one-on-one and best two-out-of-three games, with participants choosing their characters.

The last tournament of the day will be Call of Duty WWII for the Xbox One in a four player free-for-all contest. Call of Duty is a first-person shooter and was one of the most anticipated games of 2017. The winner will be determined by most kills within the time allotted.

Those participating in the first three contests must be age 13 or older. The Call of Duty tournament, because the game is rated M for Mature, is limited to contestants ages 18 and older.

As the contests dwindle down to the last remaining competitors, championships will be played on a projector screen with an accompanying sound system so all in the gym can watch the finals.

“Think of playing video games at a drive-in theater,” Fruhwirth said. “It should be a lot of fun for everyone to watch and cheer on their favorite person.”

The contests will occur one after the other, enabling participation in all tournaments. The cost at the door is $5, and an additional $5 per contested entered. Spectators are encouraged to attend, as there will be raffle prizes and unique-skill challenges free of additional charge after payment at the door. Challenges include skill assessments for the original Mario via N-64 and Tetris.

“We wanted to offer things for people who are just there to spectate,” Fruhwirth said. “We don’t want them to just be standing and waiting in between tournaments.”

Exact starting times for each contest are not yet set because participants are still signing up, and the size of the brackets remain unknown. However, Fruhwirth is expecting at least 50 participants.

The games and consoles being used have been borrowed from people in Kingman at no cost to the city. Papa John’s will sell pizza and drinks, and the event has received support from local businesses like Game Stop, Video Game World, Outlaw Gamers and Deets Jiu-Jitsu Academy.

“It’s always hard to get a first-year event off the ground, but we’ve gotten great support,” Fruhwirth said. “We’re excited to offer something new and unique.”