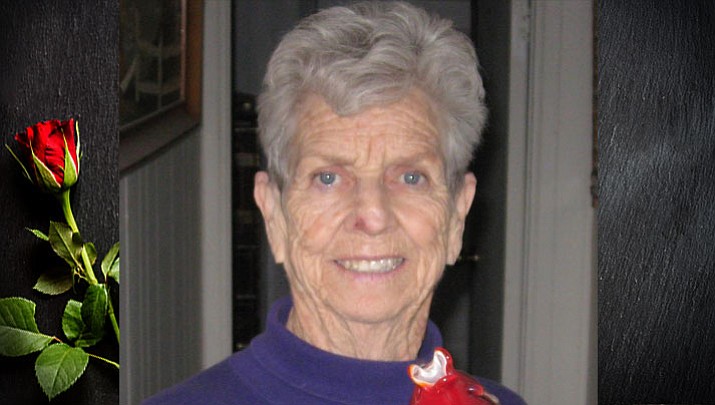 On Feb. 16, 2018, Edna Pearl Dinwiddie completed her last trip round the sun. She led a complicated, beautiful life and tended to follow a simple philosophy in life, “Work like you don’t need the money, love like your heart has never been broken and dance like no one is watching.”

She was born Feb. 26, 1932, the seventh child in a family of 10 during the Great Depression. Her early childhood was spent on land her family had homesteaded just west of Kingman, Arizona along a stretch of the old historical Route 66. She loved music, dancing and could tell a good story with the best of them.

An on again – off again resident of Kingman, Edna spent many years in Yuma where she and her husband owned and operated a small café. They also spent time in Alamogordo, New Mexico as well as Arlington, Washington, until his death. She told anyone that would listen, home would always be Kingman and in 1999 she came home.

Her passion in life was service to the local community both supporting the Kathryn Heidenreich Adult Center in various roles including Vice President and President. She was also active in the Mohave Pioneers Historical Society Daughter of the Pioneers, and on March 4, 2011 she was recognized as one of the Kingman’s Women Making History awardees when she received their Pioneering Award.

An adventurer at heart, she loved to travel and was always up for cards or dominos. She did have a tendency to bend the rules in her favor or as the family would say, playing the game by “Edna rules.” Her quick laugh and easy smile will be missed by all.

A graveside service will be held at the Mountain View Cemetery, 1301 Stockton Hill Road, Kingman, Arizona at 10:30 a.m. March 10, 2018. After the service there will be a gathering at the Best Western Inn & Suites, 2930 E. Andy Devine Ave., Kingman, Arizona to meet with family and share and exchange wonderful memories and stories.