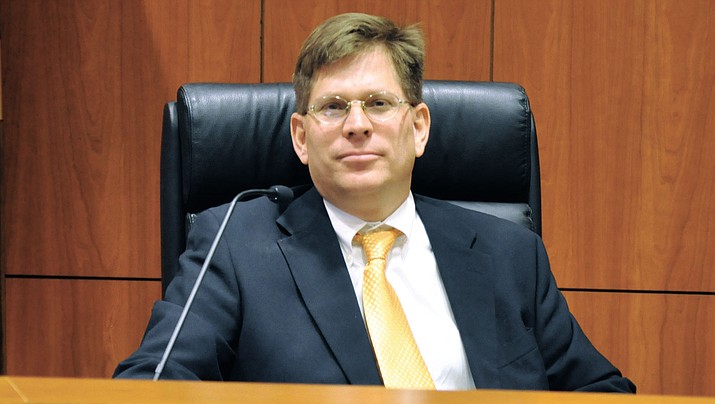 KINGMAN – The attorney representing Kingman Airport Authority filed a special action Thursday in the Court of Appeals against Mohave County Superior Court Judge Moss and the City of Kingman.

“This court’s special action jurisdiction is necessary to remedy the Superior Court’s erroneous legal conclusion that the City of Kingman can condemn the property rights of the Kingman Airport Authority because KAA is a ‘utility undertaking,’” the court document states.

The special action is simply a procedural way to file an appeal before the case is final, Federhar said.

“Normally, appeals have to wait until the case is over. Here, we are asking the Court of Appeals to reverse Judge Moss and find that the City is not entitled to condemn the authority,” Federhar said in an email to the Daily Miner.

“There is no guarantee that the court will not change its mind and dismiss our special action at any time before April 10.”

Indeed, Judge Winthrop denied the appeal in less than 24 hours from the initial filing, showing that it was “poppycock,” said Daryl Williams, attorney for City of Kingman.

“The City may argue that all the Superior Court did was deny a motion to dismiss, so the court should decline jurisdiction. However, even the most cursory review of the Superior Court’s order establishes that the court proceeded under an incorrect legal standard and will do so for the remainder of the case,” Federhar said in his petition for special action.

Williams said the special action filing isn’t really against Judge Moss, but says he made an error interpreting the law that justifies a hearing before the Court of Appeals.

“Let’s see what they have to say. Judge Moss and I both think this is a dead end. This is the same argument as before,” Williams said.

Federhar said the Court of Appeals should accept the special action, vacate the Superior Court order and dismiss the City’s complaint and application to take immediate possession of the Kingman Airport and Industrial Park through condemnation because the city has admitted that its use is not a “more necessary public use” under state law.

Williams said KAA refuses to accept that when the City does take back the airport, it’s a matter of law for “more necessary public use.”

The City of Kingman currently has a 25-year lease agreement with KAA, and seeks to remove KAA as a tenant and continue operating the airport itself for the benefit of the public.

The city filed a complaint in November of eminent domain to take immediate possession of the property.

KAA filed an opposition motion to have the case heard in federal court, but it was remanded back to Mohave Superior Court in January.

KAA’s board of directors will meet at 2:15 p.m. Monday to discuss an additional fee retainer for outside counsel in the condemnation case, and to bring on Fennemore Craig law firm to help appeal the lawsuit.