Public may only get a glimpse of Russia probe interviews 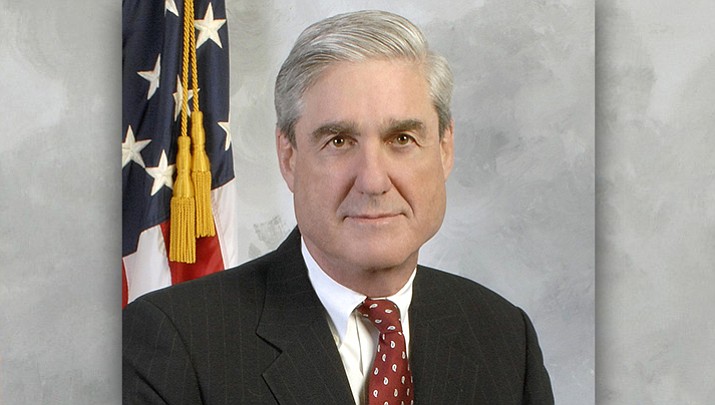 WASHINGTON (AP) – Special counsel Robert Mueller and three congressional committees have spent the last year conducting dozens, if not hundreds, of witness interviews in their investigations into Russian meddling and gathering thousands upon thousands of pages of documents. But in the end, the public may only get a glimpse of what investigators know.

As in all criminal investigations, Mueller doesn't have to reveal any of what he has found unless he brings charges or goes to trial. The congressional investigations are meant to inform the public, but they have been plagued by Republican and Democratic infighting and disagreements over what should be released – meaning the public may have to rely on partisan interpretations of the facts.

Mueller's investigation into Russian ties to President Donald Trump's campaign and possible obstruction of justice is by far the most wide-ranging of all of the probes, and it also carries the weight of possible criminal charges, unlike Congress. But it could also be the most closed off in terms of what the public finds out.

Information has already trickled out, and will likely to continue to, in indictments and guilty pleas that the special counsel has released. A recent indictment of 13 Russians and three companies extensively detailed an effort to undermine the 2016 U.S. presidential election through a hidden social media propaganda effort.

But Mueller may only release information to support criminal charges, meaning much of what his team finds could remain out of the public eye.

He could eventually produce a final report that details a narrative of the Russian meddling, but he hasn't said whether he will do that.

Republicans unexpectedly announced Monday that they had finished interviewing witnesses and had already completed a draft of their final report, which finds that there was no coordination between Russia and the Trump campaign. Texas Rep. Mike Conaway, the Republican leading the probe, said details from interviews and documents would come in hundreds of footnotes, not whole transcripts.

That was a reversal from Conaway, who had previously said he wanted to release as much as possible. He said Wednesday that he had decided not to because it could impede future investigations.

"The problem is the chilling impact it would have on folks testifying in the future, with the expectation that what they would say would be kept within the committee," he said.

The top Democrat on the intelligence panel, California Rep. Adam Schiff, says there is "extensive evidence" of coordination between Trump's campaign and Russia, and has argued that the GOP report is a partisan document that is intended to protect the president. He says the committee should release all of the transcripts so Americans can judge for themselves. But Republicans are likely to try and block that move.

Another Democrat on the panel, California Rep. Eric Swalwell, tweeted Wednesday: "We unearthed evidence of collusion and they're seeking to bury it."

The House panel has released a handful of transcripts already, but only in cases where the witness insisted on a public release.

The Senate Judiciary Committee has so far been the most transparent of the panels investigating the ties between the Trump campaign and Russia, with Chairman Chuck Grassley, R-Iowa, promising to release transcripts from all of the panel's interviews with people who attended a June 2016 meeting in Trump Tower. That meeting between Russians and Trump campaign aides has attracted scrutiny from Mueller and Congress.

Grassley has said he will release the interview transcripts in the coming weeks, with some redactions. But it's unclear whether the committee will have many more transcripts to release, as its investigation has been less comprehensive than the other investigations and focused on specific issues, like the Trump Tower meeting and foreign lobbying.

Senate intelligence committee Chairman Richard Burr, R-N.C., has said his panel won't release transcripts or documents from the investigation. But the top Democrat on the committee, Virginia Sen. Mark Warner, said the committee should release as much declassified material as possible.

"I think the more transparency, the better," Warner said on Wednesday. "People need to know."

The Senate intelligence committee has so far been the most bipartisan of the congressional probes, and Democrats are holding out hope that the two sides will agree on which facts should be available to the public in final reports. They are also hoping that Burr will call some witnesses for public hearings.

But it's unclear whether the two parties will agree, ultimately, on whether there was coordination between Trump's campaign and Russia. The committee has decided to put that controversial issue off for now and first release a bipartisan report on improving election security, which is an issue they can agree on.

Sen. Jim Lankford, R-Okla., sits on the intelligence panel and says the ideal scenario is for Republicans and Democrats to agree on a common set of facts, even if they don't have similar conclusions, and to filter the information together. There are thousands of pages of transcripts, he said, and it would take too much time and money to review them, redact them and release them.

"I don't think this is creating the conspiracy theory moment where there's this one page that no one would release and it had all of the really good stuff in it," Lankford said. "I think it's really important that Republicans and Democrats alike say we think these are all of the essential things."