Largest utility firm attempting to get energy initiative on the ballot 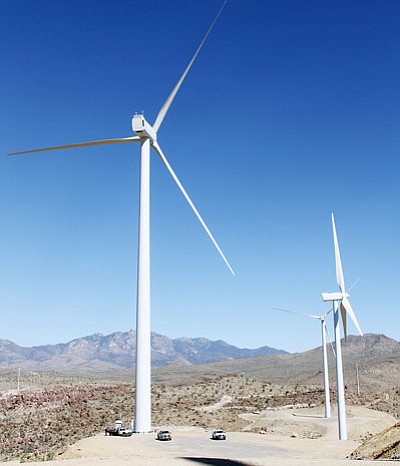 PHOENIX – Afraid that voters might like a renewable energy mandate, the state’s largest utility is working with lawmakers to put its own alternative on the November ballot.

On paper, what’s going to the Senate Appropriations Committee today has the same goal as the initiative of having 50 percent of what’s generated in Arizona produced by renewable sources like wind, solar and geothermal by 2030. That compares with the current mandate of the Arizona Corporation Commission for 15 percent renewables by 2025.

But the measure crafted by Arizona Public Service Co. would provide an escape clause.

It prohibits the commission from implementing the new requirement if it would have any effect at all – no matter how small – on “the affordability or cost’’ of bills paid by customers.

HCR 2017 also spells out that the higher renewable goals could not be put into effect if it would affect the reliability of the electric grid and the delivery of electric services.

And then there’s a catch-all: The commission would have to jettison the entire mandate if it would affect “the well-being of this state.’’

The move is the second front opened by APS and other utilities in the bid to undermine the initiative launched by Clean Energy for a Healthy Arizona, a group being financed by California billionaire Tom Steyer.

Last week the Legislature approved – and Gov. Doug Ducey signed – a measure designed to effectively allow utilities to ignore the initiative if voters agree to approve it.

In essence, it does not overrule what the initiative would put into the Arizona Constitution. Instead it would spell out that the penalty could be no more than $5,000 and as little as $100.

The new proposal is being sponsored by Sen. John Kavanagh, R-Fountain Hills.

“Right now the voters have a take-it-or-leave-it vote regarding this out-of-state billionaire’s attempt to impose what many people believe will be a financially ruinous renewable energy mandate which, in addition to wreaking havoc on the economy and household budgets will potentially make the grid less stable,’’ he said. Kavanagh said that’s because many of these renewables are not reliable in the same way as “base load’’ plants like coal and nuclear which can generate the same amount of power no matter the sunshine or wind.

He said the measure would allow utility regulators to “back off a bit’’ if there are negative economic or reliability implications.

“Regardless of whom it came from I support it because the voters should have a little more flexibility,’’ he said, able to chose between the initiative with its hard-and-fast 50 percent goal or this one. He said initiative proponents are “attempting to ram something down the voters’ throat and not give them any midground which my bill provides.’’

But Kavanagh deflected questions of whether voters -- the same people who elect legislators -- cannot make intelligent decisions. He said elected officials have a right to offer up their own alternative to the Steyer initiative.

“It’s giving the voters more of a voice,’’ Kavanagh said. “And who could oppose that?’’

Initiative organizers were unclear how to respond to the APS-crafted alternative. Spokeswoman Pita Juarez said it could actually be seen as a positive.

“Less than two months after we launched our movement for a clean, healthy Arizona, it’s clear that even APS has recognized that Arizona voters want to take advantage of our endless supply of free solar energy and build towards a clean energy future,’’ she said in a prepared statement. But Juarez had no answer to questions about the escape clause that would require regulators to ignore the requirements.

“We are carefully reviewing the specifics of the initiative to determine our next steps,’’ she said.