Remembering Vietnam: Paying homage to those who served during the Vietnam Conflict 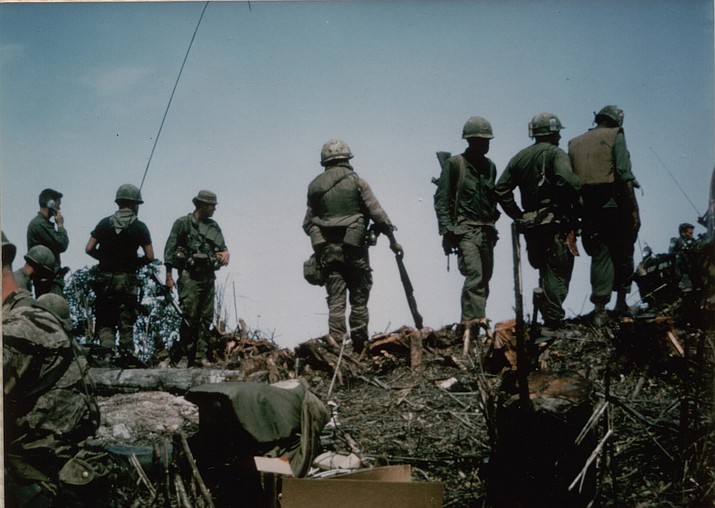 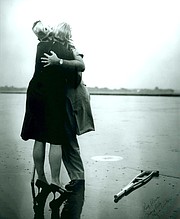 Americans from across our great nation will pay homage for Vietnam Veterans Day March 29 for those proud citizens who served during the Vietnam Conflict and those who paid the ultimate price.

Many Americans do not realize our government’s participation in Vietnam occurred long before the actual Vietnam Conflict began.

The first American military death in Vietnam occurred on Sept. 26, 1945, during the unrest in Saigon when Office of Strategic Services Lieutenant Colonel A. Peter Dewey was killed by Viet Minh guerrillas who mistook him for a French officer. Before his death, Dewey had filed a report on the deepening crisis in Vietnam, stating his opinion that the U.S. “ought to clear out of Southeast Asia.”

The U.S.’s participation in Vietnam escalated on July 26, 1950, when President Harry Truman authorized $15 million in military aid to the French. American military advisors accompanied the flow of U.S. tanks, planes, artillery and other supplies to Vietnam. Over the next four years, the U.S. spent $3 billion on the French war and by 1954 provided 80 percent of all war supplies used by the French.

Former Allied commander in Europe during World War II and five-star Army General Dwight D. Eisenhower was inaugurated as the 34th U.S. President on Jan. 20, 1953, and that’s when U.S. military aid greatly increased to the French in Vietnam to prevent a communist victory.

U.S. military advisors continued to accompany American supplies sent to Vietnam. To justify America’s financial commitment, Eisenhower cited a Domino Theory in which a communist victory in Vietnam would result in surrounding countries becoming communist one after another like a “falling row of dominoes.” The Domino Theory was used by a succession of presidents and their advisors to justify the ever-deepening U.S. involvement in Vietnam.

According to government records, our country’s official involvement in Vietnam Conflict lasted 5,569 days (1960 – 1975). 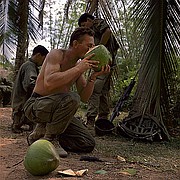 Other under-the-radar statistics include:

• the average age of our military personnel serving in Vietnam was 22;

• more than 2,709,918 Americans served during the Vietnam Conflict;

• it is estimated that less than 700,000 of all military personnel who served in the Vietnam Conflict are alive today;

• the youngest American Vietnam veteran’s age is estimated to be about 60 years old now;

• there were 621 people from Arizona who were killed in action;

• one out of every 11 Americans who served in Vietnam was a casualty, with 303,644 wounded in action;

• there are 15 military servicemen from Arizona who are unaccounted for during the Vietnam Conflict – seven were killed in action and their bodies were not recovered, and eight with a presumptive finding of death;

• at the peak of the Vietnam Conflict that was never officially designated as a war, 543,000 troops were serving in Vietnam and the adjacent countries.

The youngest U.S. serviceman to be killed in action during the Vietnam Conflict was Private First Class Dan Bullock, who joined the Marines at age 14 by altering his birth certificate and graduated from boot camp on Dec. 10, 1968. Bullock died from enemy small arms fire at Hoa Combat Base in Quang Nam Province June 7, 1969, at the age of 15.

According to a Presidential Proclamation designating Vietnam Veterans Day as March 29, President Barrack Obama said, “… The Vietnam War is a story of service members of different backgrounds, colors, and creeds who came together to complete a daunting mission. It is a story of Americans from every corner of our Nation who left the warmth of family to serve the country they loved. It is a story of patriots who braved the line of fire, who cast themselves into harm’s way to save a friend, who fought hour after hour, day after day to preserve the liberties we hold dear. From Ia Drang to Hue, they won every major battle of the war and upheld the highest traditions of our Armed Forces …”

“Jack Hakim, former mayor of Bullhead City was the first to have a Vietnam memorial service in Arizona,” Pat Farrell, president of the Jerry Ambrose Veterans Council said.

Vietnam Veterans Day has been designated by the federal government as March 29 and it coincides with March 29, 1973, the day the United States Armed Forces completed the withdrawal of the combat units and combat support units from South Vietnam.

In 1982, the Vietnam Veterans Memorial was dedicated in the District of Columbia to commemorate those 58,267 members of the United States armed forces who were either KIA or were declared MIA in Vietnam. As of 2017, the number of names on the memorial had been upgraded to reflect 58,318 (1959 and 1975 are the years inscribed on The Wall).

There are events scheduled for observance of Vietnam Veterans Day on March 29 in Mohave County. They are: 5:30-6:30 p.m., Veterans Memorial Park, 310 W. Beale St. The Kingman Young Marines will present the colors for this event.

Hosting the Kingman event will be chaplain Paul Pitts who served in the Vietnam as a senior maintenance crew chief. Students from Cerbat elementary will be handing out handmade cards to Vietnam veterans during the ceremony. Military vehicles will be present at the event.

“Just a way to say ‘welcome home’ and getting that welcome we didn’t receive back then,” Farrell said.

There are no specific events scheduled for Bullhead City except Veterans United Inc. will be hoisting flags at the Arizona Veterans Memorial adjacent to the Colorado River, and the Bullhead City government will be presenting a proclamation for Vietnam Veterans Day during their meeting this month.

Many of the local Veterans of Foreign Wars, American Legion posts and other fraternal organizations will be conducting ceremonies and if interested in attending, contact them for their event schedule.