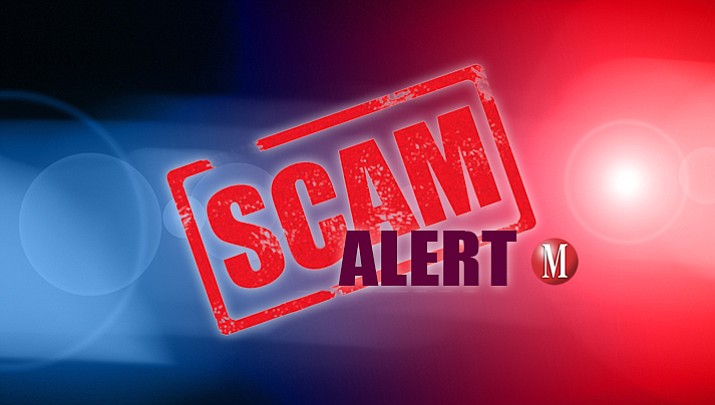 It is widely known there are more scams and schemes being perpetrated on seniors than there are stars in the universe.

The scam or scheme may sound innocent enough and can be as simple as someone saying they are from Microsoft Security Department explaining they see “you” have a problem with your computer. Avoid unsolicited tech support phone calls at all cost.

“We have seen an increase of phone scams as con artists pretend to be someone they’re not, including law enforcement officers,” said Mohave County Sheriff Doug Schuster. “Don’t be a victim, trust your instincts. If a call seems suspicious it probably is. For example, the Mohave County Sheriff’s Office, like most government agencies, never require payments over the phone. If you receive such a call, please contact your local law enforcement agency immediately. Don’t be a victim and remember when in doubt, don’t give information out.”

Cybercriminals not only send fraudulent email messages and set up fake websites, they are also known to call on the telephone and claim to be from Microsoft. Microsoft, nor their partners, ever makes unsolicited phone calls to charge someone for computer security or software fixes.

Scam artists normally offer to help solve computer problems or sell a software license. Once unsavory characters have access to a person’s computer, they can do the following: trick unsuspecting computer users into installing malicious software that can capture sensitive data, such as online banking user names and passwords; they will then charge to remove this software once it causes problems; and convince users to visit legitimate websites (like www.ammyy.com) to download software that will allow the scammer to take control of the computer remotely and adjust settings to leave the computer vulnerable. They will also request credit card information so they can bill them for phony services and/or direct them to fraudulent websites to enter credit card and other personal or financial information.

According to the National Council on Aging (NCOA), some of the most frequent scams and schemes occurring on a daily basis via emails and by telephone include: Medicare; counterfeit prescription medicines; funeral and cemetery services; fraudulent anti-aging products; fake telemarketing; pigeon drop; charities; internet fraud; investments; home owner mortgages and/or reverse mortgages; sweepstakes and lotteries; and grandparents. There are many more that occur and if an unsavory character can think of a way to steal from a senior, they will.

Financial scams targeting seniors could be deemed the crime of the 21st century. It is widely thought that most seniors normally have large sums of money sitting in banks, and those funds can be picked “like fruit from tree.”

Many times, financial scams go unreported and/or can be difficult to prosecute. Many law enforcement agencies and county prosecutors consider them as a low-risk crime. However, financial crimes are normally demoralizing to seniors leaving them in a very precarious position with little or no time to recoup their losses.

Arizona Attorney General Mark Brnovich says protecting Arizona seniors from fraud and exploitation is an important priority of his office. The AG’s office predicts one in four Arizonans will be 60 and older by 2020. Unfortunately, according to state officials, seniors and their money are often seen by scammers as easy targets or pickings.

It’s not just wealthy seniors who are targeted. Low-income older adults are also at risk of financial abuse. And it’s not always strangers who perpetrate these crimes. More than 90 percent of all reported elder abuse is committed by an older person’s own family members, most often their adult children, followed by grandchildren, nieces and nephews, and others.

One of the favorite scams involves a relative calling and telling them they are in jail and need money to bail themselves out or for an attorney. Most seniors “jump on the bandwagon” and wire money to help them and later find it was a fraudulent scheme just to fleece them out of their savings.

Medicare telemarketers attempt to sell supplemental insurance policies to seniors “playing” on their emotions of not having adequate coverage. In these types of scams, perpetrators may pose as a Medicare representative to get older people to give them their personal information, or they will provide bogus services for elderly people at makeshift mobile clinics, then use the personal information they provide to bill Medicare and pocket the ill-gotten money.

Seniors need to be aware of so-called charity telemarketers. They normally ask to speak to the woman of the house when they call. What they are doing is hoping they can prey on the women’s emotions because they believe women are apt to donate more often than men.

When asked what percentage of the donations would actually be put to use to helping people with breast cancer, the telemarketer explained that 85 percent go for salaries and the company conducting the fundraiser drive, and the remaining 15 percent would be turned over to the organization heading up the breast cancer awareness program. What that equates to is if someone donates $100,000 to this particular charity through the telemarketer, only 15 percent or $15,000, actually goes to the charity. However, people must also realize that of the $15,000 received, another percentage is taken out of the donation to pay for the operation and salaries of people actually employed by the charity. When all is done and accounted for, only a miniscule portion of cash actually goes to helping educate people about breast cancer awareness and research.

There are good and honest charities and non-profit organizations that attempt to provide services and needs to seniors. However, there are charity fundraising businesses and other well-known nonprofits siphon off between 85 and 90 percent of the donations to pay for their operations and excessive salaries for the organizations, and only a small amount actually goes to the individual causes. Salaries for CEOs of larger nonprofit organizations range from low $425,000 upward to more than $2 million dollars, and one of the top salaried is Jim Gibbons, the president and CEO of Goodwill, who garners a hefty annual salary in addition to incentives and perks. Gibbon’s over-the-top salary is pretty good considering all of the merchandise Goodwill sells is donated.

In essence, instead of donating to the telemarketers’ schemes, it is better for a senior to donate their hard-earned money locally to a charitable endeavor that will utilize the funds to actually help people in need. That way, they are not sending it to a large charities and nonprofit organizations that will siphon off donations to pay hefty salaries to the upper management and build luxury offices for them.

The Arizona AG’s office works to protect Arizona's seniors by providing information about scams and fraud. They also take legal action against those who prey on seniors, and they support legislation to toughen penalties against those who commit crimes against seniors.

If a senior believes they have been a victim of a financial crime, they can contact: the Arizona AG at (602) 542-2124 or email its office at seniorabuse@azag.gov; the Mohave County Sheriff’s Office at 928-753-0753 or visit its website at http://www.mohavecounty.us/ContentPage.aspx?id=131&cid=74; and/or can contact their local law enforcement agency.

The optimal words are buyer, or in this case seniors, BE AWARE! If the call or email sounds too good to be true, then it is more than likely some scammer attempting to fleece them out of their hard-earned savings or trying to sell a useless product or service.