Lawmakers attempting to bring Gov. Ducey back to the gun laws table 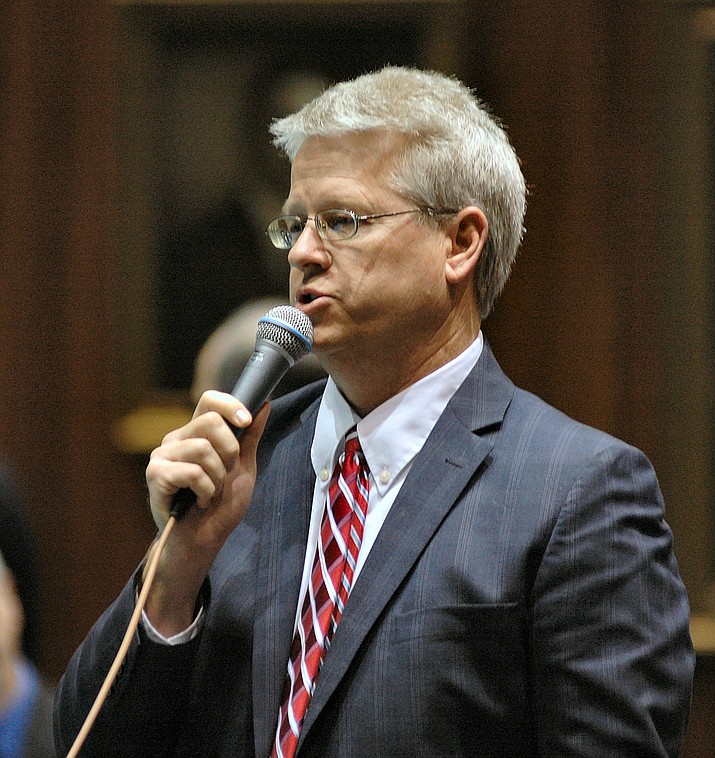 PHOENIX – Democrat lawmakers are using Friday’s school shooting in Texas in a bid to get Gov. Doug Ducey to call lawmakers into special session to adopt new gun laws.

In separate letters to the governor, House and Senate minority leaders said they are willing to provide the needed votes for a package. All it would take, they said, is for Ducey to add some of the things they want to the package, things like mandatory background checks when weapons are sold at gun shows.

But Ducey appeared uninterested, saying Friday that he offered up what he called “common-sense reforms’’ which never made it into law. And press aide Daniel Scarpinato said his boss wants members of both parties “to put politics aside and join in support.’’

Only thing is, it’s not just Democrats who refused to vote for the package. Ducey lacked sufficient support from his own Republican majority for what the governor portrayed as the keystone of his package: Severe Threat Orders of Protection allowing family members, school administrators and even roommates to ask courts to have people evaluated to see if they should be force to surrender their weapons.

And Rep. Eddie Farnsworth, R-Gilbert, who chairs the House Judiciary Committee, told Capitol Media Services on Friday he’s not sure that the STOP orders Ducey wants can ever be enacted in a way that he and fellow Republicans believe sufficiently protects individual rights.

What all that means is that, new school shooting or not, the chances for legislative action here in the near future are virtually nil unless one side or the other makes significant concessions.

The back-and-forth came just hours after nine students and a teacher were killed at a high school south of Houston. A 17-year-old was taken into custody.

“Praying for the community at Santa Fe High School,’’ the governor tweeted out shortly after the attack.

“Governor, prayers are not enough,’’ responded House Democrat leaders in their letter to him. And Rep. Randall Friese, D-Tucson, the assistant minority leader, told Capitol Media Services there’s a deal to be had – along with the Democrat votes that come with it.

“We put on the table what it would take to get us closer to joining him with his watered-down, NRA vetted and approved piece of legislation that was, in fact, possible counterproductive,’’ he said. And that starts with some attempt to close what he called the “loopholes’’ of allowing weapons to be sold by individuals at gun shows without the same check federal firearms dealers must do to find out if a buyer is legally entitled to own a gun.

Friese said this works hand-in-hand with Ducey’s proposal for STOP orders. Anyone who a judge finds is a danger to self or others would not only have to forfeit weapons but be placed into a database that dealers check to see if someone is what the law calls a “prohibited possessor.’’

“The first step in that is creating a system of comprehensive background checks and making sure these people, if there’s some reason that they fall out, they’re identified,’’ Friese said, and precluded from completing a purchase at a gun show.

“That’s not a loophole,’’ Farnsworth said.

“These are private sales,’’ he continued. “So the question is, should private sales be required to do background checks and take ID, and is it their burden to make sure a prohibited possessor doesn’t have a gun?’’

And Ducey, in an earlier interview with Capitol Media Services, dismissed the Democrats’ contention that expanding background checks would secure their votes for the package.

“They had an issue with school resource officers,’’ he said, with objections to having more people with access to weapons on campus, even police officers. “I’m someone who just believes someone who is trained in law enforcement inside a school is a good thing.’’

Farnsworth, who operates a charter school, would even go a step beyond armed officers.

“We are foolish if we think that by putting background checks or closing the so-called loophole in gun shows that people are not going to still get on campuses and shoot children, because we’ve made them gun-free zones,’’ he said.

“You can’t stop it,’’ Farnsworth said. “What you can do is you can meet force with force,’’ he said, with properly trained civilians.

That still leaves the question of those STOP orders.

Friese and Democrats contend that the plan offered by Ducey requires those seeking such orders to jump through too many hoops. They prefer what the Giffords gun-control group has proposed.

That organization faulted Ducey’s plan for requiring require a court to have a minimum of two hearings and make three separate findings before suspending someone’s access to guns. And the organization said it does not appear to give courts the ability to temporarily disarm someone who has made credible threats of violence motivated by hate or bigotry.

But Republicans contend that what Ducey proposed was actually overly broad.

“What we can’t do is turn it into a witch hunt,’’ Farnsworth said. “And we can’t take away constitutionally protected rights.’’

That’s not a Second Amendment issue but goes to the ability of courts to have people locked into a mental health facility for up to 72 hours for an evaluation for something they have not done but only what they might do in the future.