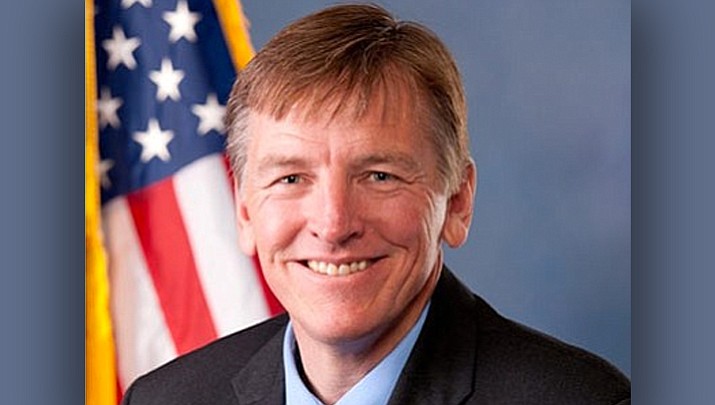 KINGMAN – Rep. Paul Gosar of Arizona’s 4th Congressional District is doing all he can to pave the way for a wall on Arizona’s border with Mexico. Gosar proposed an amendment to the National Defense Authorization Act, which lays out the annual budget and expenditures for the Department of Defense, and was first passed in 1961. Gosar’s amendment would allow the Army Corps of Engineers to construct segments of border wall on certain federally owned lands.

According to Gosar’s House of Representatives website, large portions of U.S. borderlands in Arizona are federal. Segments of the wall along Arizona’s approximate 360-mile border with Mexico could come to fruition if the amendment moves forward.

“Our countries porous borders have created a national security issue and the American people have called on Washington to secure our border,” Gosar said on his Twitter page. “From April 2017 to April 2018, the number of illegal border crossings more than tripled. Our lack of a strong border wall opens our communities to unnecessary threats from dangerous criminals.”

“My proposed amendment to the National Defense Authorization Act creates a common sense solution that would allow our military to help build the wall to secure our border,” he continued.