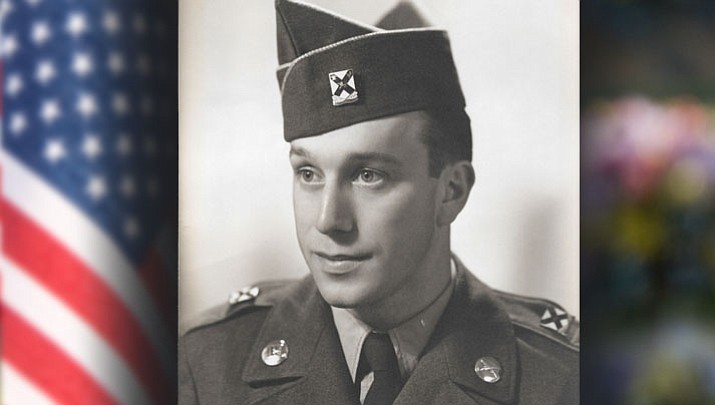 James Henry (Jim) Saffeels passed peacefully at home in Kingman, Arizona, May 18, 2018 at the age of 89. He is survived by his wife of 64 years, Doreen, children James (wife Sue), Mary, Janeen (husband John), and Christopher, five grandchildren and six great-grandchildren. He is preceded in death by his parents, brothers, sister, granddaughter, Dori, and great-grandson, Ezra. Jim loved to tell humorous stories, was a creative and skilled craftsmen, and a dedicated husband and father.

Born Nov. 14, 1928 in Visalia, California to James Washington and Altha (Heaton) Saffeels. Jim was the youngest of five siblings and graduated from high school in Springfield, Missouri where he was outstanding in several sports. He served two years in the U.S. Army in Germany before marrying Doreen Dofflemyre in Felton, California in 1954.

Jim was a meat cutter by trade in Kansas, Missouri, California, and Washington until 1976. In 1964, the family moved to Olalla, Washington. He managed several meat departments in local grocery stores. He eventually became a general contractor and built several houses into the 1980s. After that, Jim and Doreen were known for their roadside sunglass stand traveling between Ocean Shores, Washington and Arizona. In 1999, they retired in Kingman, where they bought and remodeled their home.

A memorial service will be held at a later date in Salem, Oregon.