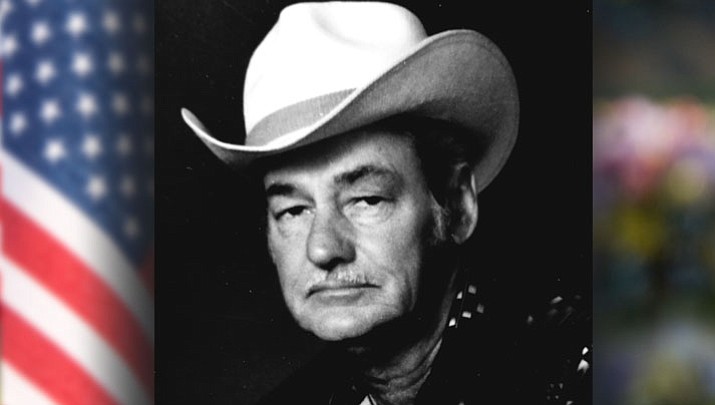 Ernest Jr. Williams, (Ernie, Jr., Bill) of Meadview, Arizona, was born July 16, 1933, on the family farm in Jake’s Prairie, Missouri (near Cuba), to Ernest E. Williams and Ruth (Enloe) Williams. He passed away on May 8, 2018, at Kingman Regional Medical Center. He grew up and attended school in the Cuba area. He then joined the Navy, July 27, 1950, serving with Task Force 77 during the Korean conflict.

Ernest was very proud of being a Korean War Veteran. He did one cruise aboard the cruiser, USS Helena, and 3 cruises on board the destroyer, USS Hubbard. While Serving as damage control on board the Hubbard off the coast of Korea, he was involved in the recovery and securing of the USS Walke when it was damaged by either a mine or torpedo. He achieved the rank of Petty Officer Second Class. While serving in the Navy, he met the love of his life Gracemarie Doerr, in Long Beach, California, and they were married May 30, 1953, in Yuma, Arizona.

Ernest left the Navy in 1954, and he and Gracemarie returned to Edgerton, Wisconsin. In the next five years, they were blessed with four sons. Ernest initially worked as an apprenticed typesetter before going to work for Gullixson Heating and Cooling as a sheet metal worker for several years and achieving his journeymen status. He later was employed by General Motors (Fisher Body) as a jig and fixture journeymen. He was a member of Local 95 and VFW Post 2708, as well as troop leader for Cub Scout Troop 418.

In 1969, Ernest and family moved to Quartz Hill in Southern California where Ernest was employed by Lockheed Martin as jig and fixture journeymen on the L1011 project at the Palmdale California Plant. Later, Ernest went back to the sheet metal trade. The trade eventually moved the family to Phoenix, Arizona. He worked on many projects throughout the western states including power plants at Page, Arizona, the nuclear plants at San Clemente, California, and Palo Verde in Arizona, among others.

Ernest and Grace retired to Meadview in Northern Arizona in 1996, where they became involved in the local community, Ernest working as a volunteer with the local fire department (Grapevine Mesa). He was a member of the VFW Post 11014 in Meadview, where he held many positions including post commander. He later moved his membership to Dolan Springs Post 9833 and joined the American Legion Post 88, also in Dolan Springs.

A family gathering and memorial service is planned with burial in the Prescott National Cemetery at Prescott, Arizona, at a later date.