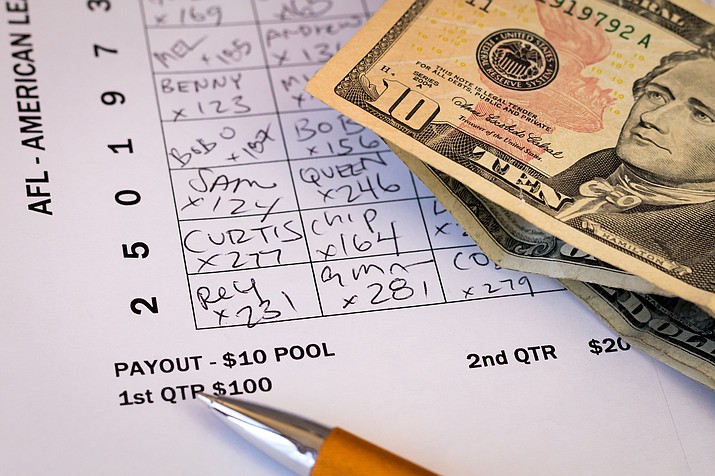 Gov. Doug Ducey sees a revenue opportunity in legalized sports betting, he may turn to casinos or off-track betting sites.

PHOENIX – Arizonans appear more than open to the idea of being able to wager money on professional and college sports events.

But it remains to be seen whether that attitude will change depending on where all the new wagering takes place.

A new statewide survey Thursday by First Strategic finds 51.5 percent of the 703 people questioned by telephone said they are likely to support legalized sports wagering. Slightly more than 40 percent said they oppose the concept, with the balance undecided.

Bob Charles, who conducted the poll for the lobbying and public relations firm, said there was no significant difference in responses based on political party affiliation.

Charles also said the support level goes up to 67 percent when those on the other end of the phone are told sports betting “could bring millions of dollars to the state that could be directed towards education, road improvements and other important resources.’’

And when asked where they would like any revenues to go, more than half want any new dollars earmarked for education. The other responses were split almost equally among law enforcement, roads, homelessness and a catch-all category of everything else.

The survey comes less than a month after the U.S. Supreme Court voided a federal law which required most states to forbid such wagering. That, in turn, opens the door for Gov. Doug Ducey and state legislators to decide whether to alter Arizona to permit that kind of gaming and, if so, where it should be allowed to take place.

“His perspective is the perspective of the majority of Arizonans, which is this presents an opportunity for the state for additional revenues,’’ Scarpinato said.

But he said the governor still is looking at how such gaming might be handled.

“He cares about how it’s done,’’ Scarpinato said, saying that once the state goes down that road and opens the door to sports gaming it would be hard to suddenly decide that maybe there are flaws in how it is implemented.

And there’s something else. Scarpinato said his boss wants to “maintain the culture and flavor of the state.’’

“I think his bias would be towards expanding this where we already have gaming in existence,’’ he said. “So let’s work within that framework.’’