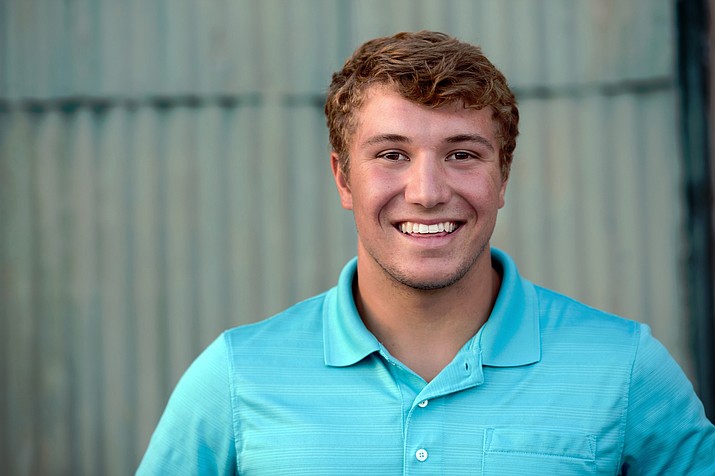 Kael Juelfs, a senior at Lee Williams High School, was recently selected as the Kingman Rotary Club’s student Rotarian. Kael was selected because of his commitment to academics, leadership, and community service.

Kael has also showed his true spirit outside of school halls. Since his freshman year, he has volunteered within the community. Some areas he has volunteered in include the Kingman Youth Football League, serving Thanksgiving dinner at Floyd’s restaurant, and activities at the Lingenfelter center.

Upon graduation, Kael will be enrolling at Chadron State College to play football. His studies will focus on eventually becoming a physical therapist. The Kingman Rotary Club thanks Kael for his dedication to his school and community.