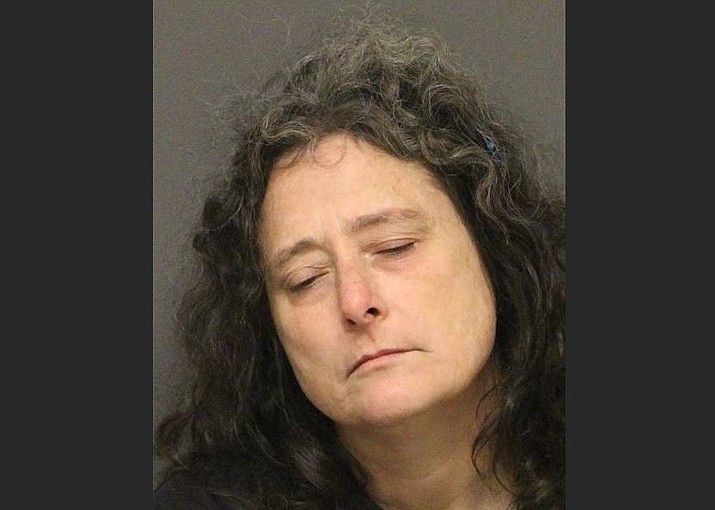 KINGMAN – An unwilling woman who refused to cooperate with law enforcement officials ended up having a Taser used on her before being restrained.

Andrea Michelle Marcrum, 49, of Kingman was arrested for aggravated assault on an officer, aggravated assault with a deadly weapon, and resisting arrest, all of which are felonies, as well as misdemeanor disorderly conduct, Mohave County Public Information Officer Anita Mortensen wrote in a release.

Deputies responded to a residence in the 3100 block of McVicar Avenue in reference to a 911 hang-up Saturday, Nov. 3.

As deputies entered the room Marcrum was in, she grabbed an object that appeared to be a screwdriver and ran at the deputy, Marcrum began hitting the deputy in the chest several times with the object in a rapid stabbing motion. Deputies gained control of Marcrum and placed her face down on a mattress, where she continued to attempt to stab deputies with the object.

Deputies gave Marcrum repeated orders to drop the object, and when they attempted to detain her, Marcrum bit a deputy’s hand. A Taser was used on Marcrum, who was then placed in restraints.

The deputy involved was not injured, and Marcrum was taken to Mohave County jail without further incident.