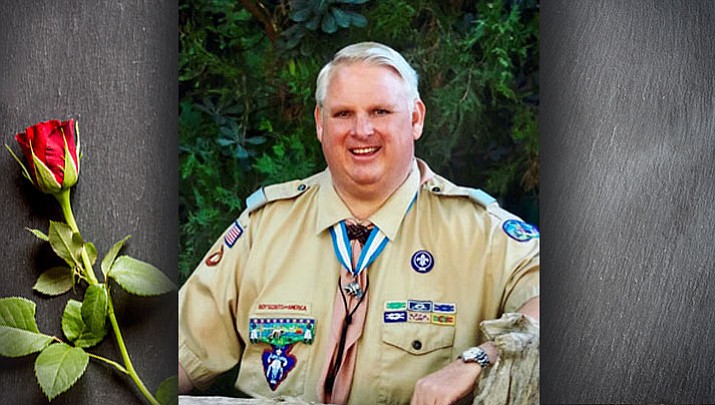 Steven was born March 25, 1955 in Clayton, New Mexico and then grew up in Safford, Arizona. He obtained his associates degree from Eastern Arizona College before leaving on a mission for the Church of Jesus Christ of Latter-Day Saints to the Nuku’alofa Mission in Tonga.

After returning from the “friendly islands,” Steven continued to Brigham Young University, where he secured a bachelor’s degree in Business Management. Steven then returned to Arizona, earned a law degree from the University of Arizona, passed the bar exam and moved to Kingman where he remained for the next 33 years.

Shortly after moving to Kingman, Steve met and married his adoring wife, Sheryl, at the Manti Temple on June 12, 1987.

Steve worked for the Mohave County Attorney’s Office as a Deputy County Attorney for over 20 years working very closely with at-risk youth in his community.

Anyone that knew Steve knew that one of his true passions was with the Boy Scouts of America. Steven has spent over 50 years in scouting whether it was earning his Eagle Scout award in his youth, helping young Scouts earn their awards as an adult or earning the Silver Beaver award for his dedication to the program.

Aside from scouting and his family, Steve’s other love was his faith. Steve strived to live every day according to his faith and was the ultimate example to friends and family. He served many callings within the Church serving as a Sunday School, Seminary and Institute teacher as well as serving at the stake level in both the High Counsel and as a Stake Executive Secretary. Steve’s greatest desire was to bring people to Jesus Christ.

Steven was incredibly intelligent, selfless and humble. His life has been defined by his service to his community, his church, his family and his God. Steven exemplified what it meant to live his best life every single day. He was an incredible son, husband, father, grandfather and friend to all that knew him.

He is survived by his mother; Helen Wilson, his brothers; David and James Wilson, his wife; Sheryl Wilson, his children; Mark and Rebecca Wilson, his daughter-in-law; Sarah Wilson, and his grandchildren; Ava Aucoin, Jackson Wilson and Emily Wilson.

In lieu of flowers, please go to LDS.org and donate to the humanitarian aid fund to help those struggling and hurting throughout the world.