Propositions 412, 413 get approval from voters 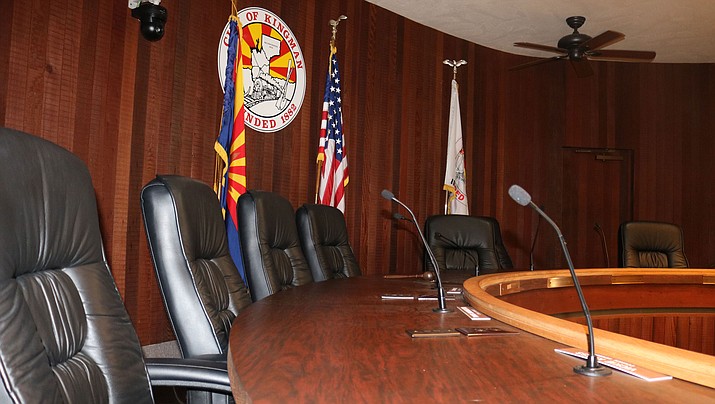 In the future, sales and use tax increases will have to go to the voters of Kingman for approval rather than being implemented by elected officials who sit in the seats above. (Daily Miner file photo)

KINGMAN – Two city propositions went to the voters at Tuesday’s general election, and the electorate of Kingman voted to pass both Proposition 412, the Home Rule Option, and Proposition 413, the Responsible Sales and Use Tax Act.

Kingmanites also approved the Responsible Sales and Use Tax Act, which passed by a wide margin. “Yes” votes came in at 5,677, or 61 percent compared to 3,511 “No” votes, or 38 percent.

The Responsible Sales and Use Tax Act repeals the 1 percent sales tax increase approved by Council in August 2017 and ratified in January. It also requires that any future increase to the sales and use tax rates go to the citizens of Kingman for a vote.