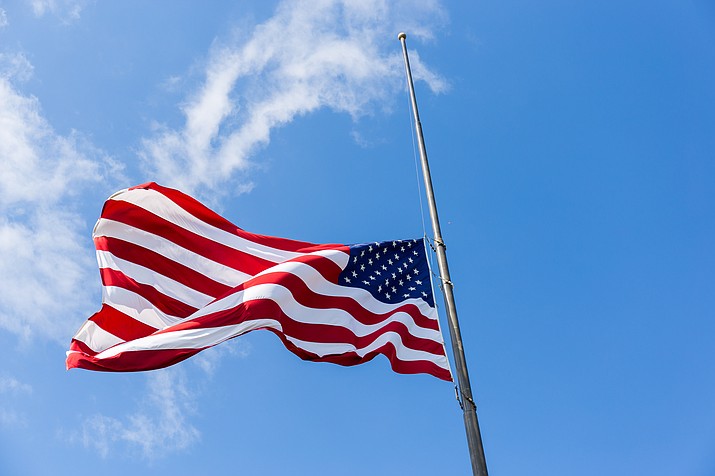 KINGMAN – President Donald Trump has ordered all American flags to be half-staff in honor and remembrance of the 13 victims of the shooting last night in Thousand Oaks, California.

Gov. Doug Ducey has also ordered flags at all state office buildings be lowered to half-staff immediately until sunset Saturday.

This is in reference to the proclamation that President Trump released stating:

“As a mark of solemn respect for the victims of the terrible act of violence perpetrated in Thousand Oaks, California, on Nov. 7, 2018, by the authority vested in me as President of the United States by the Constitution and the laws of the United States of America, I hereby order that the flag of the United States shall be flown at half-staff at the White House and upon all public buildings and grounds, at all military posts and naval stations, and on all naval vessels of the Federal Government in the District of Columbia and throughout the United States and its Territories and possessions until sunset, Nov. 10, 2018.”