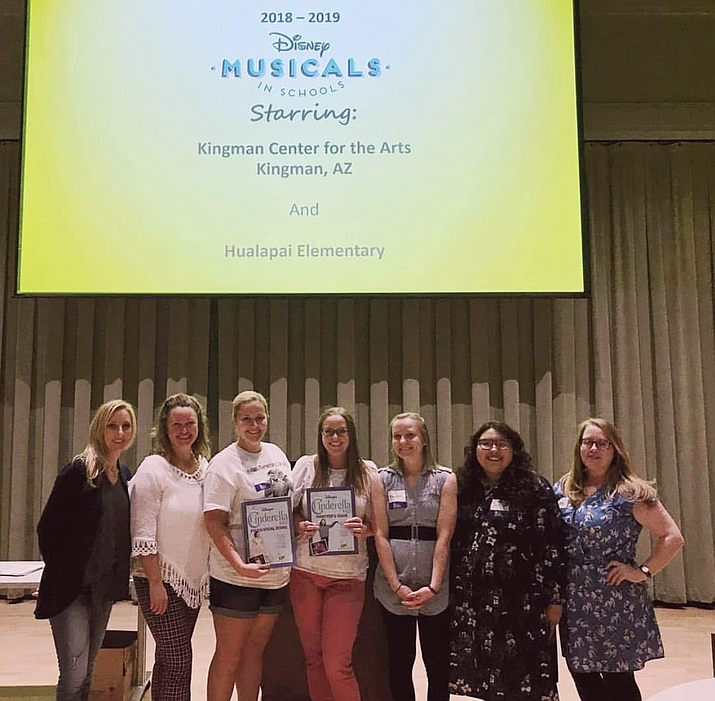 KINGMAN – Hualapai Elementary School was chosen to participate in the program Disney Musicals in Schools.

Students began the 17-week musical theater program in October. The Disney musical the students decided to do is Cinderella. After they complete the program, students have the opportunity to perform it at The Smith Center during the Student Share Celebration on March 4 in Las Vegas.

“I was really excited when I found out that our school was chosen to be a part of the Disney Musicals in Schools Program,” Connell said in an email to the Daily Miner.

Connell said she is excited for the drama students performing at the Smith Center and it’s a huge opportunity for them. Students in third and fifth grades are participating in the program.

The teacher artists, who help run the program but also develop the necessary skills it takes to sustain a theater program for the future, are Danielle Scroggins and Yivette Scroggins.

Kingman Center for the Arts received the opportunity from The Smith Center for the Performing Arts in Las Vegas to participate in the program in August.

The Smith Center for the Performing Arts has invited all the students in the DMIS program at Hualapai Elementary to enjoy the Broadway musical “The Lion King” on Nov. 17 in Las Vegas.