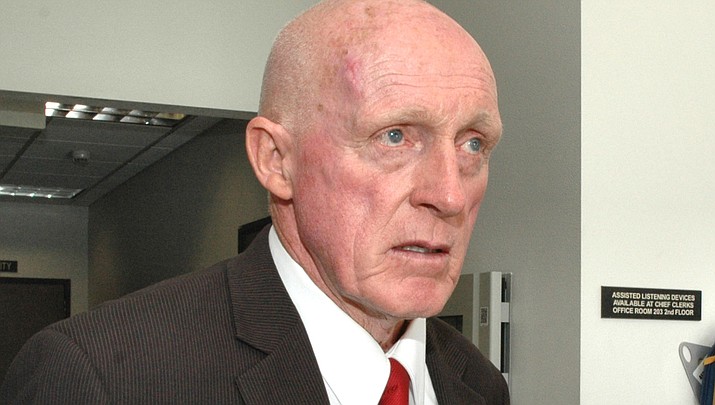 Bowers, chosen Wednesday by fellow Republicans to run the Arizona House of Representatives for the next two years, finds the edge of the majority party clipped from 35-25 for the last two years to just 31-29 after Tuesday's election as Democrats apparently have picked up four seats. And what makes that significant is it takes 31 votes for final approval of any measure.

What that does, Bowers acknowledged, is empower any individual Republican with the ability to hold out their vote on priorities of the GOP leadership until the measure is altered to address his or her concerns.

But Bowers, a Mesa resident, said the reverse holds true for the Democrats who could find someone defecting to support a Republican bill if he or she gets something in return.

"Every member of either caucus has a great amount of authority and power," said Bowers, who has 10 years of legislative experience, including two as Senate majority leader.

"It makes leadership more sensitive to each member's needs and wants," he said. "And those we'll just have to work through."

And that presents challenges for House GOP leaders who also include Warren Petersen of Gilbert as majority leader and Becky Nutt of Clifton as majority whip.

"It's going to be a wild ride just keeping the herd going," Bowers said.

Across the courtyard, Karen Fann of Prescott, who was chosen Wednesday by her Republican colleagues as Senate president, doesn't have quite the same problem. If the vote tallies hold, she will have 17 Republicans in the 30-member chamber when the new session convenes in January, the same as last year.

But Fann, first elected to the House in 2010 before moving to the Senate in 2016, said that little bit of extra GOP edge does not mean Republicans can get through anything they want – or that Democrats can or should be ignored.

"The bottom line is we need to have respect for each other," she said.

"Remember: We were all elected equally by our constituents," Fann said. And she said many of the districts, while represented by a lawmaker from one party, include a substantial number of voters from the other side of the political aisle whose views and needs also need to be taken into consideration.

One area that could get more attention is transportation funding.

Rep. Noel Campbell, R-Prescott, has been pushing for new sources of revenues to both fix existing roads and bridges as well as build new ones.

The situation is complicated by the fact that Arizona's 18-cent-a-gallon gasoline tax has not been hiked since 1991, when 18 cents was worth more than now. And then there's the fact that new vehicles are more fuel efficient, meaning that gas tax revenues are not increasing as fast as the miles driven.

With Campbell now a four-year veteran and the need for the GOP to hang on to every vote, the lawmakers who want new dollars – particularly those from rural areas – have additional political muscle.

"I know that more money is needed for transportation because I drive on it and you drive on it," said Bowers. And he said that this can't simply be seen as a rural problem.

That, however, still leaves the question of how to pay for all that.

"Nobody wants to see their taxes raised," Fann said.

"But, also, the reality is there are certain fundamental things that government is supposed to take care of," she said. And Fann said transportation – along with education and public safety – are those fundamentals that must be adequately funded.

"We need to have the conversation about how do we fund," she said.

One other big priority is water supply – and efforts to come up with a drought contingency plan in the likelihood that Arizona will lose some of its allocation of Colorado River water.

"There have been some wrinkles of late," Bowers said.

"We're going to keep talking and keep listening and considering all the options on the table,'' Bowers said. That also includes making sure that all sources of water are part of any deal.

Fann said one thing working to help craft a solution is that, until recently, questions of water supply were considered simply a rural problem. But now, she said, the threat of a shortage makes it a statewide issue.

"So that's great that we're able to come together on those kind of conversations," she said.

What Bowers and Fann also inherit is a surplus that could be close to $1 billion when the new fiscal year begins. And while that creates opportunities for new spending, Bowers said the state also finally needs to focus on really balancing the state's books.

Bowers pointed out that the constitutional requirement for a balanced budget has been met now for years by deferring expenses due in one fiscal year to be paid in the next year.

That practice, called a “rollover," currently accounts for more than $930 million.

And when the state was in debt during the Great Recession, it sold off both the state House and Senate with an agreement to lease it back until paid off in 2030.

The amount still owed at the end of this fiscal year will be about $710 million, with interest being paid on what’s left.

“We need to start finally chipping away on this debt," Bowers said.