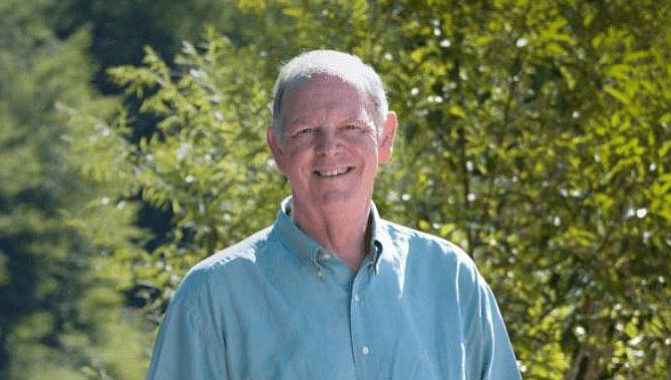 Democrats had picked up a southern Arizona congressional seat Tuesday night that had been held for four years by Republicans to set the stage for them to grab five of the nine U.S. House seats for Arizona. O'Halleran's race was too close to call on election night, but new vote totals available Wednesday show he beat.

The Arizona wins helped Democrats seize control of the House on Tuesday, a victory that means divided government returns to a Washington already prone to partisan gridlock.

O'Halleran first won the seat in 2016 after Democrat Ann Kirkpatrick left to wage a failed bid to defeat Republican Sen. John McCain. She won the southern Arizona seat on Tuesday that incumbent Martha McSally vacated to run for U.S. Senate.

Rogers has run repeatedly for congressional seats but never won. She is a retired Air Force officer who was among the first female military pilots.

The 1st District covers much of northeastern Arizona, including the Navajo Nation, and sweeps south through rural eastern Arizona. It has been won by Democrats since it was re-drawn prior to the 2012 election.

O'Halleran said Wednesday that he thinks Rogers did was competitive against him because she's a veteran, a woman in a year where women candidates did well and because the U.S. Senate hearings on now-Supreme Court Justice Brent Kavanagh energized the GOP base.

But O'Halleran said he ultimately won "because of my record, my bipartisanship and being able to reach across the aisle."

"We've worked this district very hard," O'Halleran said. "I know my opponent had (called me) invisible Tom, but anybody out there knows I'm all over the district all the time. I'm humbled but I believe the people have confidence in me."

Kirkpatrick beat Republican Lea Marquez Peterson in the 2nd District, which covers parts of Tucson and spreads east through the more conservative Cochise County. Democrats held the district until McSally beat Democrat Ron Barber in 2014. McSally is now running for Senate against Democrat Kyrsten Sinema in a race that was too close to call on Wednesday.

Republicans had also eyed the 9th District in metro Phoenix vacated by Sinema, but it went strongly for a Democrat. Former Phoenix Mayor Greg Stanton beat Republican and former Navy physician Steve Ferrera in that race to replace Sinema, who faces McSally in a tight U.S. Senate race that may take days to call.

Another closely watched House was a rematch of an April special election held to replace a Republican who resigned amid sexual misconduct allegations. Republican Rep. Debbie Lesko won that 8th District race by 5 percentage points against Democrat Hiral Tipirneni and won again on Tuesday.

The Senate election is the top race in Arizona. Republican Gov. Doug Ducey soundly beat his Democrat education professor challenger, David Garcia. A Ducey-backed ballot measure to expand the state's voucher system and a ballot measure supported by Democrats seeks to boost renewable energy use were both rejected.

O'Halleran said he hopes the Arizona delegation can come together to work on issues important to the state, including water, border security, military affairs and health care.

Arizona Senate race goes to overtime with glacial vote count
Tight race for Arizona Senate is one of costliest in the US
Arizona early voting could delay Senate outcome to next week
Sinema wins Senate seat, McSally concedes election Monday
McSally, Sinema face each other in Arizona Senate debate