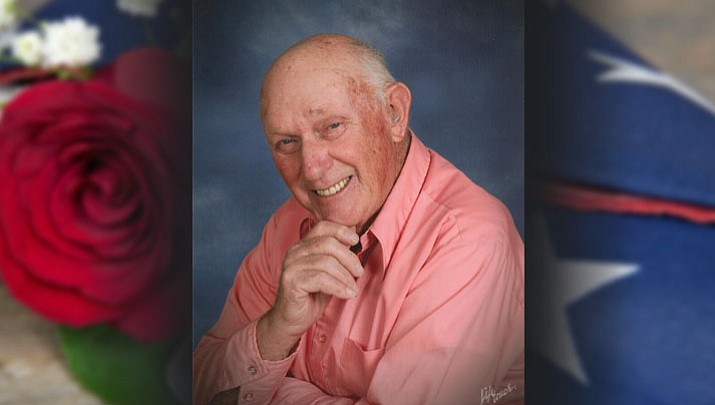 Wilfred (Fred) Nelson Bitgood passed peacefully from this life Oct.11, 2018 at the age of 90, surrounded by family.

Fred was the youngest of seven children (five boys and two girls) born to Joseph and Mary (Burdick) Bitgood on Sept. 20, 1928 on the Bitgood Farm in Voluntown, Connecticut. Fred served in the United States Air Force from 1946-1952 earning the World War II Victory Medal and was honorably discharged.

Fred later was a long-haul truck driver eventually operating his own handyman business (B&B Enterprises) in Danbury, Connecticut. He eventually relocated to Inglewood, California where he operated his own plumbing business known as “Fred the Plumber” for many years.

Fred retired to Kingman, Arizona in 1994 where he was known around town for his smile and quick wit. He spent much of his time reading his Bible, writing letters to the editor of the local newspaper, and interacting daily with fellow seniors at the Kathryn Heidenreich Adult Center while also playing Santa Claus at Christmas time.

Final internment to include military honors will occur on June 6, 2019 (75th Anniversary of D-Day) at Riverside Veterans Cemetery in Riverside, California.

Donations in Fred’s memory can be made to the Friends of the World War II Memorial at wwiimemorialfriends.org.