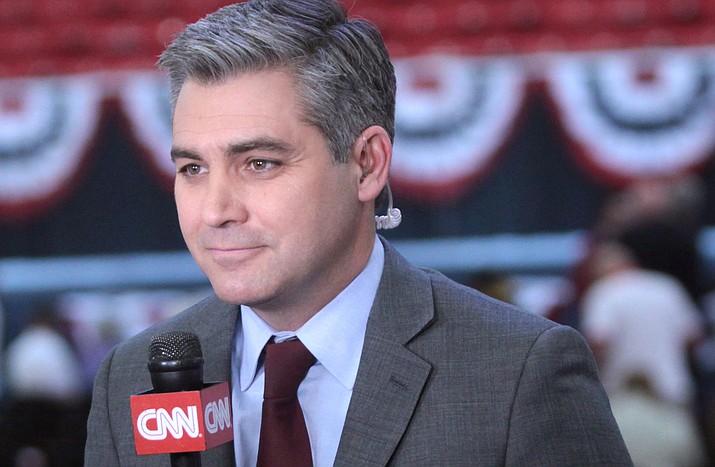 The ugly confrontation between the president and a reporter in the White House briefing room should remove whatever doubts existed over whether the daily briefings should continue or be scrapped.

Not only have these sessions outlived their usefulness, they’ve become so distorted and warped from their original intent they are embarrassments to all who participate in them. It’s time to end them.

Once thought to be a direct, effective and welcome way to provide information to the American people by subjecting their freely elected government to questioning by reporters acting as surrogates for the citizenry at large, the briefings have deteriorated into a propaganda mill for the administration and an exercise in self-aggrandizement for the media.

The relationship between the Trump White House and the media was established on the administration’s first day by a petty, pointless argument over the crowd size at the inaugural ceremony. It’s continued downhill ever since, surpassing even that of Richard Nixon whose loathing for the press was returned in equal measure.

The spectacle of the president locked in the equivalent of a barroom argument with CNN reporter Jim Acosta while a White House intern attempts to wrest the microphone away from the reporter offended the professional and personal sensibilities of anyone who witnessed it.

Acosta is the stereotype of what many Americans resent about the media - an obnoxious, overbearing, insufferable, self-righteous, sanctimonious boor fond of the sound of his own voice, in love with his opinions, discourteous and disrespectful. The long-winded preambles to his questions are delivered with one eye on the television camera to assure it’s getting his best side.

While many of Acosta’s colleagues are embarrassed by his antics, viewing them as harmful to their credibility and professionalism, they’ve remained silent, feeling that he may be an (expletive deleted) but he’s our (expletive deleted).

Trump has manipulated the situation brilliantly, depicting Acosta as emblematic of a dishonest media dishing out fake news.(The “enemy of the people” cry is far-right hyperbole.) He understands that planting doubts in the public mind about an institution or group of people triumphs by singling out the most egregiously offensive individual and portraying him as representative of the whole.

As deceptive and shallow as his approach may be, Trump is a master at it. And, neither CNN nor any other news outlet can beat him at his own game and they should cease trying; it plays directly into his hands.

The historic low esteem in which the media is held and the majority view that news is slanted and untrustworthy is evidence of Trump’s success.

The media frustration is understandable. This is, after all, an Administration whose half-truths, exaggerations, embellishments and outright falsehoods are the stuff of legend.

It is the Grand Canyon of dissembling and distortion, breathtaking in its sweep and grandeur.

Press secretary Sarah Sanders doesn’t so much answer questions as she does in using the podium to rationalize the president’s latest commentaries and tweets and quickly pivoting to the propaganda talking points.

The old saw about never arguing with someone who buys ink by the barrel is a force no longer. Social media and the dire economic straits into which it has driven traditional print outlets has emptied the barrel. Trump long ago grasped this reality and has proven adept at turning it to his advantage.

His tweets drive daily coverage, forcing the media to follow his lead while placing significant control over the news cycle in his hands.

The media would be wise to play the long game - pursue story lines, cultivate sources, extract reliable, documented information and print or broadcast it in a straightforward, non-judgmental fashion. It is a fool’s game to lunge blindly at every morsel of bait Trump tosses into the waters each day.

The relationship between the White House and the media is beyond repair. They are like two scorpions in a bottle - neither can escape without killing the other.

There is no valid or credible rationale to continue the daily briefings. They’ve become an anachronism, a throwback to a time when the interaction between politicians and the press may have been adversarial but hadn’t yet deteriorated into the equivalent of a 3 a.m. back alley mugging.

It’s past time to spare the public the televised ugliness that has descended on the briefing room.