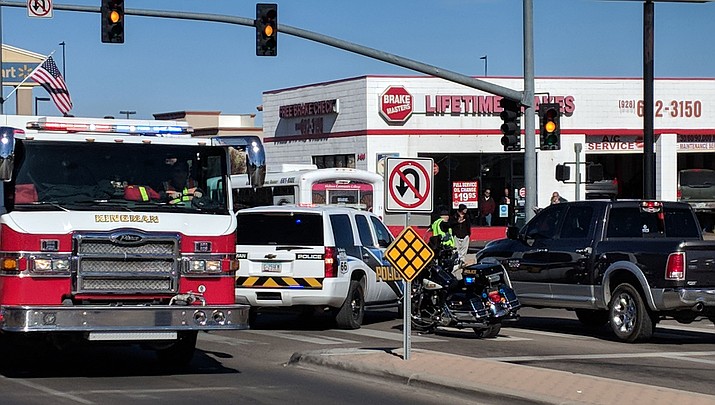 The accident occurred at the intersection of Stockton Hill Road and Sycamore Avenue, which is an entry into Walmart. Kingman Police Department responded and later determined the pickup truck was traveling northbound on Stockton Hill Road when the driver, Robert Langham, of Douglas, ran a red light into the path of the motorcycle.

The driver of the motorcycle, a 63 year old Kingman man, was traveling westbound on Sycamore through the intersection. The motorcycle crashed into the right front corner of the truck, which caused the rider to be thrown from the motorcycle.

The motorcyclist received serious injuries to his leg and was transported to Kingman Regional Medical Center before being transferred to University Medical Center in Las Vegas, where he was listed in serious but stable condition.

Langham was issued a citation charged with a red light violation. Officials said traffic was held up for about 45 minutes.